Mathews Funeral Home was founded in 1949 at 611 N. Jefferson Street in Albany as the Woodall Funeral Home. It was one of the first funeral establishments in this area to offer air conditioning, chapel and off street parking.

For 35 years, the funeral business was housed in one of Albany's oldest homes, the Dr. W. L. Davis' house, which was originally built in 1876 by Confederate Colonel Edwin Wight. Not only did this house the funeral home but also the owners residence.

Gary and Mike, and their father, Walter (1930-2014), acquired the business in 1976. As the number of families we served grew, there was a need for a new and larger facility to better serve the public in a quieter atmosphere. In 1984, we relocated to 3206 Gillionville Road, where the funeral home operates today.

In 1985, we constructed a crematorium on our premises to enable us to take your loved one from the place of death directly to our funeral home. By doing this, we are able to handle your cremation needs in a secure, caring, professional and reverent way.

In 1997, the Mathews' purchased Leesburg Cemetery, Inc. to serve the families of Dougherty, Lee and surrounding counties.

The brothers and their staff are proud of their funeral home and are committed to providing quality, compassionate funeral services in the Albany, Lee and surrounding counties. 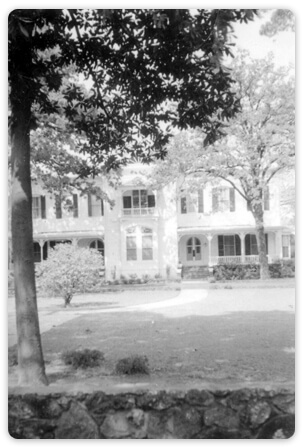