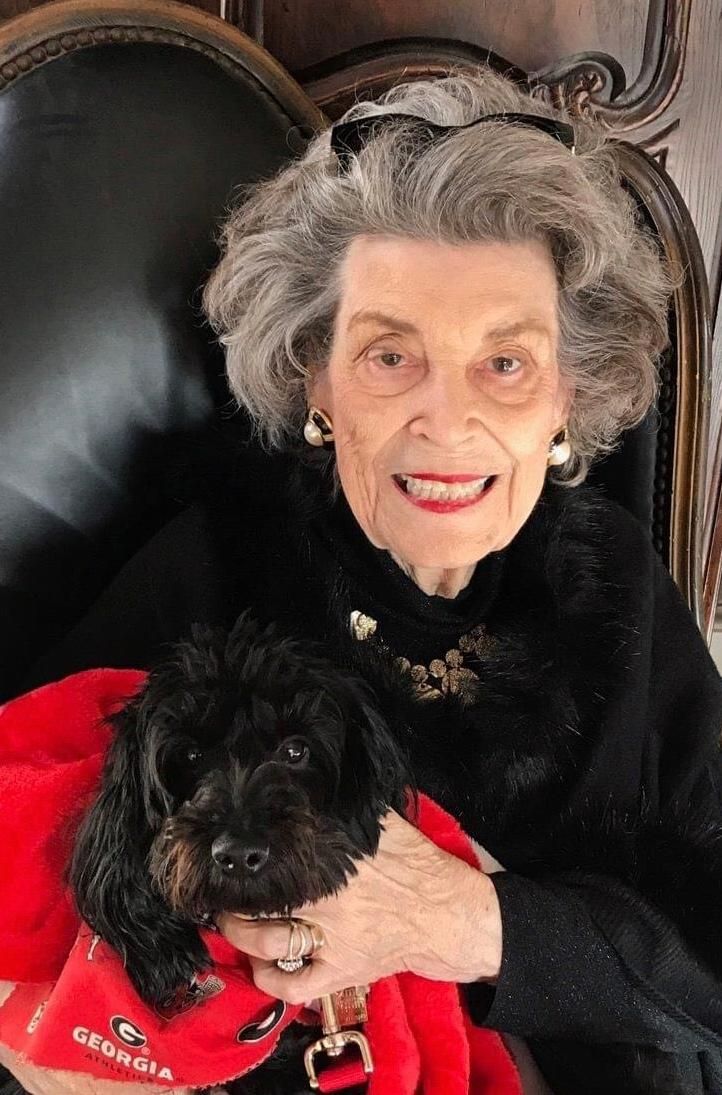 Virginia Slocumb Welfare of Augusta, Georgia, passed away peacefully in her sleep, surrounded by her children at the home of her daughter in Albany on Tuesday, January 4, 2022. She was preceded in death by her parents, Mr. and Mrs. James Abner Roberts (Leila Moulton), her brother, James Abner Roberts, Jr. (Bud), husbands, Bill B. Slocumb and Bill Welfare and her sons-in-law, Jim Duke of Augusta and Richie DeMott of Hartsfield.

Born Virginia Della Roberts on March 13, 1922, in Norman Park, Georgia, her long life was filled with ever changing roles. Educated in Norman Park for high school and college, she earned a degree in Education and teaching certificate but never taught. She also earned a degree in Accounting and began her career at Riverside Manufacturing Company, the largest manufacturer of uniforms in the world at the time. The Great Depression left an impact on her and molded her work ethic. She began work the morning after her graduation in 1939. Virginia married Bill Slocumb in 1950 and they had four children. Theirs was a simple yet magical life in small town Doerun, where Bill had been raised, just 10 miles away from her hometown. She loved being a wife and mother and made their house a wonderful home with her incredible cooking, beautiful sewing and stylish decorating. With the unexpected death of her husband when she was 46, her role shifted to that of a widowed mother raising, loving and educating their four young children, ages 16, 12, 10 and 8. She was the mother who welcomed other kids into her home and none ever left hungry. She loaded up her Buick Electra 225 with her four children and as many others that would fit inside during the no seat belt days. Off she went to out of town basketball games, skating rinks and the movies. Cooking was her love language. Her potato salad was so good that her son-in-law requested a huge bowl as a birthday gift. When a grandson passed the Bar, he asked his Mimi to make him her chicken and dumplins. She felt if you could read, you could cook. Virginia was a true southern lady, complex and filled with many contradictions. She had a childlike faith in God, but was a worrier. Disproving the saying that if you worry your hair will turn gray, she had very little gray at almost 100 years old. She loved fashion and all the latest styles especially shoes, but at home you would find her barefooted. She loved her children but would often tell them “they were driving her to Milledgeville”, and they probably were! In the 1980’s, love was rekindled from a WWII broken engagement and she married Bill Welfare and moved to the North Carolina coast. She became a beach bum and a loved and adored wife once again. Years of happiness followed as she and Bill introduced the coast of North Carolina to her children and grandchildren. Again her life became simple, yet magical. Bill’s decline in health prompted their move to Augusta to be near family. She lost Bill just before her 80th birthday. The unwanted role of widow was hers for a second time. She was doted on by her family and emersed herself in cooking and reading, whether it was a cookbook or a good novel. Virginia was always learning and giving “unsolicited” advice to her children and grandchildren whether they took it or not. She knew the joy and unconditional love of a rescued dog while living alone in Augusta. George, a fiesty Maltese mix was by her side for the first ten years followed by her adored Cooper, who was by her side when she passed away. She prayed for all of her children and grandchildren to do good in the Lord. She knew when she left this world she would be with her Savior in Heaven and looked forward to seeing her loved ones once again. She is survived by her daughter, Vicki Slocumb Durham (Danny) of Augusta, grandsons, Hank Crane (Janna), great grandchildren Henry & Catie Rae of Thomasville, Bryce Crane (Lara), great grandsons Brewer, Charlie & Davis of Atlanta; son, Bill Slocumb, grandson Trey Slocumb (Leilani) of Moultrie, great grandchildren Garrett Slocumb, Claire Slocumb & Braylon Murphy; daughter Cindy Slocumb Duke DeMott of Hartsfield, grandchildren, Ben Duke of Indianapolis, Trey Duke of Augusta, Hank Duke (Shannon) of Augusta, Lisa Duke (Tim) of Atlanta, great grandchildren Tyler Duke (Kristen) and Payton Duke; daughter, Mary Slocumb Gillespie (Hill) of Albany, grandchildren Gil Gillespie (McKenzie) of Smyrna, Jill King (Davis) of Sylvester, great grandchildren Elly and Davis King, many nieces and nephews and her beloved dog, Cooper. We are all family because of Virginia and hopefully have a little of her in each of us. Also, Brad Pitt, Donald Trump and Herschel Walker have lost their biggest fan!

The family is not receiving visitors due to Covid, but welcomes thoughts and prayers. A private, family service will be held at a later date.