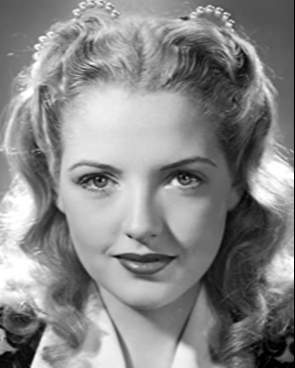 Born on June 25, 1925 in Cleveland, Ohio, she was raised in Portland, Oregon, where her “Patton” ancestors played a significant role in the development of the region.

Virginia’s career began in the motion picture industry when she was a teenager, where she was under contract to Frank Capra and Warner Bros, Universal Studios and others. As a young movie starlet, she appeared in numerous theatre productions and movies, including the heartwarming and popular film “It’s a Wonderful Life” starring Jimmy Stewart. Simultaneously during her 7-year acting career, she designed, manufactured and distributed nationwide her own popular line of women’s and children’s wear, under the label “Virginia Patton of Hollywood.” At the age of 24, she retired from Hollywood, married the love of her life, Cruse Watson Moss, and settled in Ann Arbor, Michigan, where they raised their children. With her strong commitment to family, she volunteered in her children’s schools, served as a boy scout and girl scout leader for 10 years, and helped youth activities at church. Virginia lived for family and celebrated the achievements of her children and grandchildren.

A vibrant force in the Ann Arbor community, Virginia was President of the Patton Corporation, a real estate investment company. With her love for music and the arts, and as an accomplished concert pianist, she actively served on the Boards of the University of Michigan Kelsey Museum and the Stearns Collection of Musical Instruments, and was a docent for over 25 years at the University of Michigan Museum of Art. She also served on the Boards of the American Institute of Archeology, the Washtenaw County Mental Health Services Agency, and Cleary College’s Board of Trustees.

Virginia touched so many lives with her gifts of kindness and grace. She will always be remembered for her warm hugs, her zest for life, her elegance, and her deep faith in God. Virginia’s presence made any gathering extra special, and her passion for family and friends was immeasurable.