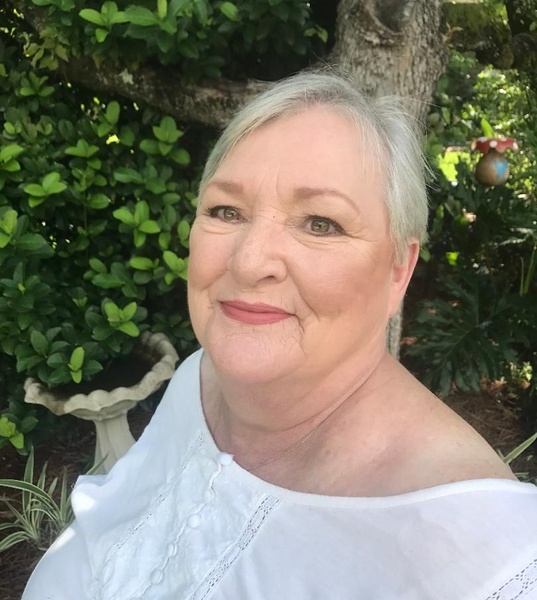 Victoria Lynn “Vicky” Stephens passed away Wednesday, March 9, 2022, with her family at her side.  Vicky was valiant throughout her 11-year long fight against Stage 4 Ovarian Cancer, never complaining and keeping a positive attitude.

Vicky is the daughter of the late Gene and Rayburn Wallace.  Born September 6, 1953, in Detroit, Michigan.  Her family soon after relocated to Albany, Georgia. Vicky was educated in the Dougherty County School System, Albany VoTech. and Darton College.

Her working career was largely in the clerical field.  Through the years she was employed by Estech Chemical, “Pete Peters”, William Scottsman and as an office manager for a law firm - “Pat Patterson”.

Vicky’s hobbies included painting in acrylics and oils. She also became quite proficient at needle point.  But later in life she found volunteering with nonprofits such as “Flock of Gulls”, and Southwest Georgia Cancer Coalition – the most fulfilling.  Her and another cancer survivor one year organized and coordinated the annual Cancer Survivor Dinner at First United Methodist Church.

If you needed a confidante’, to be consoled, or a friend, Vicky was always there unconditionally.  She was the glue that held things together.

She is survived by her husband of 52 years Danny Stephens, daughters Amber Graham, Jennifer Stephens.  Her grandchildren, who gave her the strength and reasons to carry on, Bailey Graham, Natalie Grahan, Ethan Stephens and Caitlyn Stephens, her siblings Shirley Clay and Ray Wallace, niece Melissa Smathers, nephews Jack Wallace and Zachary Stephens.