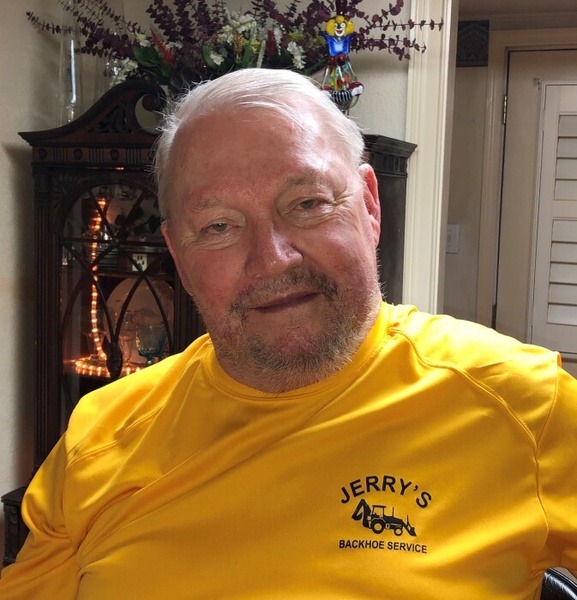 On Monday, February 8, 2021, Thomas R. Lazenby, loving husband and father of five children, passed away peacefully at the age of 77. A Celebration of Life will be held Saturday, December 3, 2022 from 1:00 pm until 9:00 pm at Chehaw Park in the Creekside Center.

Born and raised in Berkley, Michigan he laid bowling pins at the bowling alley and played baseball at the local field named after his father. In high school he received ROTC cadet training prior to joining the United States Air Force where he served his country for over 20 years. As an Air Force Medic stationed in Japan he attended to the countless victims of the Vietnam war and received a special service award. While in the service he earned a bachelors degree in criminology and later worked for the Albany Police Department after retiring from the military. An avid sportsman who also loved golf and fishing later breaking multiple lake records for the largest catch. He participated in numerous fishing tournaments and also saved the life of a young drowning victim at Lake Blackshear. He collected beer can tabs for charity, distributed chips to patients at Palmyra Nursing Home and was know as "the chip man". He was always available to help stranded drivers, in sleet, snow or rain and served his community as a member of the Putney Neighborhood Watch. He is survived by his second wife Marsha Humphries Lazenby of Albany, GA, five children, Russell Roe, Albany, GA. (Teresa), Judy Plazarin, Tampa, FL, (Darryl), Pamela Hughes, Grand Forks, ND, (Milfred), Maelene Tyson, Tallahassee, FL, Reed Barwick, Leesburg, GA (Kim), brother Robert Lazenby, Newberry Park, CA, (Mary Jo), 12 grandchildren and 6 great grandchildren. He is preceded in death by his first wife Carol Lazenby, Albany GA, sister Sharon Hunt, Albany, GA., father Robert Lazenby, Berkley, MI and mother Eileen Cole, Albany, GA. Gone now on the fishing trip of a lifetime he will be forever in our hearts, inspiring us all. Till we see you again (honey, dad, pops, daddy, daddy-o, grandpa, and old man).

To order memorial trees or send flowers to the family in memory of Thomas Lazenby, please visit our flower store.