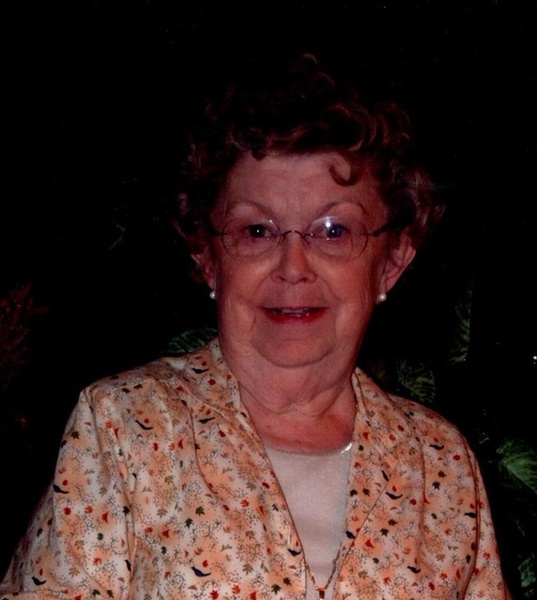 Mrs. Sharman was born on May 19, 1925 in Waycross, GA to John and Eulalie Brown. She grew up there, graduated from Waycross High School and attended and graduated from Lagrange College in 1949 with a degree in Drama.

She married the late E.C. “Buck” Sharman in 1950 and traveled extensively, living in different locals due to Dr. Sharman’s Military and Governmental Careers. While living in the Washington, DC area, Mrs. Sharman was employed with Dr. Leon Gallen for many years.

They moved to Albany, GA in 1987 from Hyattsville, MD and Mrs. Sharman was a member of The First United Methodist Church of Albany, the Chapter AH P.E.O. and the Albany Area Arts Council. She was well known for her artistic talents demonstrated through her numerous paintings. In addition to her parents, she was preceded in death by her husband, E. C. “Buck” Sharman.

Survivors include her extended family, her sister-in-law, Carolyn Sharman of Albany, GA, her cousin, Ruth (Roy) Goodson of Lee County, GA, many nieces and nephews including a special niece, Ann Groth of Sharpsburg, MD.

Friends will be received from 1:00 pm until 2:00 pm Thursday before the service at Greenbriar Church.