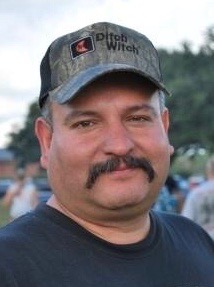 Robert Guerra Guzman, 56, of Leesburg, GA died Saturday, August 1, 2020 at Phoebe Putney Memorial Hospital. Memorial services will be held at a later date by his family in Texas.

He graduated from Judson High School and attended Albany Technical College. He served ten years in the US Marine Corps and was a Veteran of Desert Storm. Robert worked at the Marine Corps Logistic Base in Albany as a Planner/Estimator. He was of the Catholic faith. Robert was a member of the Albany HAM club. He enjoyed trail riding on his Polaris and dirt bike. Robert was passionate about his political views and was very well liked and respected by his family, friends and Co Workers, he never knew a stranger and always made friends wherever he went.

To order memorial trees or send flowers to the family in memory of Robert Guerra Guzman, please visit our flower store.
Send a Sympathy Card