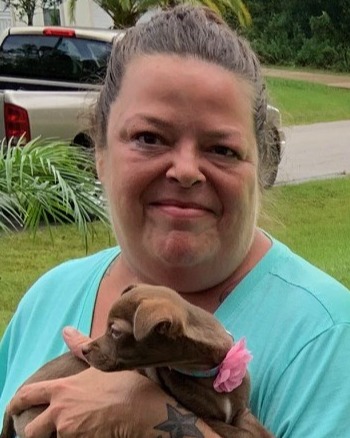 Rhonda was born in Albany, GA on August 14, 1969 at Phoebe Putney Hospital.  She grew up in Albany and all around the world including Saudi Arabia, attended Albany High School and later completed her GED as she entered the workforce.  She moved to Florida in the late 90’s where she met Walter Gammon.  They moved from Tallahassee, FL to Albany in 2001 and married in 2002.  Rhonda was employed with Jim's Piano and Organ Gallery for six years and the last three years, she was employed with The Pig and Whistle.  She enjoyed riding her motorcycle, she loved the beach and being with her grandchildren.  She was preceded in death by her mother, Olene Johnson.