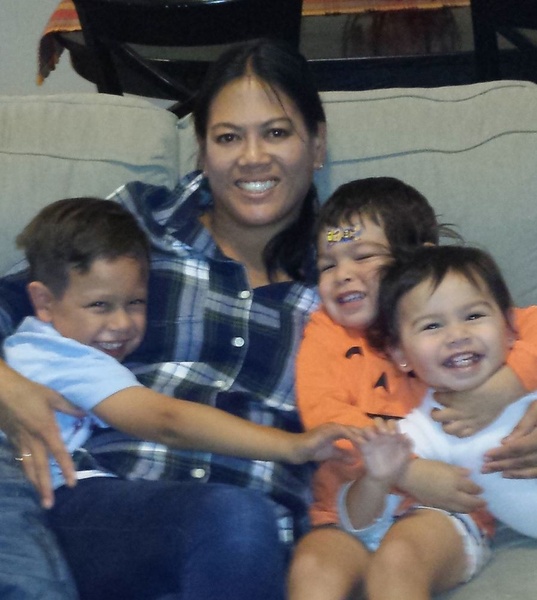 Rebecca Lea Ward (Hatt) passed away unexpectedly on February 17, 2022, from an aggressive onset of symptoms resulting from Toxic Shock Syndrome. A Celebration of Life service for Rebecca will be held Saturday, April 2, 2022 at 2:00 PM at Burnt Hickory Baptist Church 5145 Due West Rd NW, Powder Springs, GA.

Rebecca was born in Olongapo City, Subic Bay, Republic of the Philippines on January 22, 1976. She was placed with Gilbert and Beverley Ward Just two months later. The Decree approving her adoption as the daughter of Gilbert and Beverly Ward was issued June 16, 1977. On 14 July 1977 Gilbert, Beverly and Rebecca came to the USA on home leave. She was still a citizen of the Philippines and traveled to the United States on a Philippine passport. At the age of four the family moved from the Philippines to Barstow (CA) to work for MCLB. In 1984 they moved to New Jersey. After 5 years Rebecca became a Naturalized Citizen in Federal Court in Camden N,J, celebrating with her friends at St. Patrick's Catholic School.

Rebecca attended first grade in Runnemede, N.J. public school. She then attended St Patrick's in Woodbury, N.J. through 4th grade. Then enrolling in West Deptford N.J. Public School 5th grade ultimately graduating from high school there June 1994. She was a star athlete in high school basketball and soccer. She went on to Cabrini University with a soccer scholarship, graduating with a bachelor's degree in 1997.

After graduation she stayed in Philadelphia working in the jewelry industry. Here she met and married James Hatt on May 21, 2011.

In 2013 Rebecca became a mom and dedicated her life to caring for and loving her babies. Her days were full, going from activity to activity, carpool lines and Baseball. She was a fierce animal lover making time to volunteer at the animal shelter and taking care of a crew of animals at home.

She leaves behind an abundance of friends who will forever miss her companionship but hold dear countless memories of her.

She was survived by her husband, James Hatt and three children Parker Ward Hatt age 8, Kingston Hayes Hatt age 6 and Bryn Everleigh Hatt age 5. and by her daddy, Gilbert Ward of Albany, Ga

To order memorial trees or send flowers to the family in memory of Rebecca Lea Ward (Hatt), please visit our flower store.