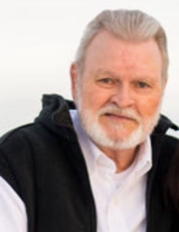 A native of Pelham, Ga, Mr. Barwick loved his Lord, his family, and friends. Before his health declined, he enjoyed golf, classic cars, and especially singing.  On a good day, you could hear Randall sing one of his favorite Kenny Rogers’ songs.  He was retired from Cooper Tire Company and Firestone Tire and Rubber Company. After retirement he enjoyed working part-time for the Hershey Company and being a substitute teacher at Westover High School. He enjoyed serving as a volunteer for the American Red Cross and as a driver for the children’s program at First United Methodist Church where he was a member.

He was preceded in death by his mother and father, Leland and Foy Barwick; a sister, Doris Willoughby; a brother, James Barwick; two sons Rod Barwick and Rusty Barwick of Albany.

To order memorial trees or send flowers to the family in memory of Randall Blake Barwick, please visit our flower store.
Send a Sympathy Card