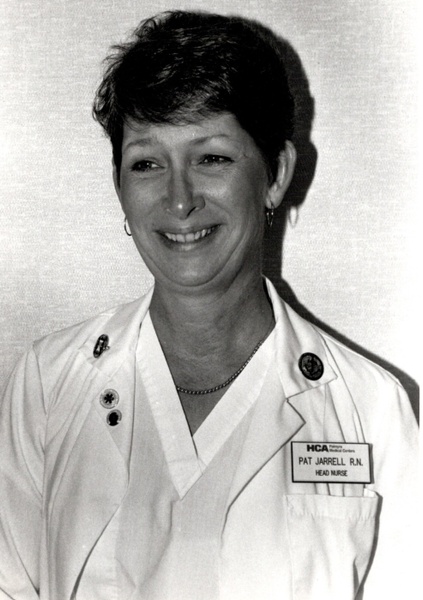 Patricia E. “Pat” Jarrell, 79, of Warwick, GA, died January 9, 2021 at Tift Regional Hospital. A funeral mass will be held Thursday, January 14, 2021 at 11:00 AM at St. Theresa Catholic Church in Cordele, GA. Rev. Paulinus Okpala will officiate and family and friends are welcome to attend. Due to concerns of the Covid Pandemic, no visitation will be held. A private entombment service will follow at Butler Memorial Cemetery in Butler, GA. Pat was born on January 18, 1941 in Staten, Island, NY to the late Robert and Emily Connor. She grew up there and graduated from St. John’s Villa Academy in 1958. Pat continued her education and graduated from St. Michael’s Nursing School in Union, NJ in 1961 as a Registered Nurse. Pat moved to the Albany Area thirty two years ago and worked in the ER, Critical Care Transport and served as House Supervisor at Palmyra Hospital and Phoebe Putney Memorial Hospital until her retirement in 2012. Pat moved to Warwick, GA in 2000 and was a member of St. Theresa Catholic Church. Survivors include her husband, Talmadge D. “Buddy” Jarrell, II of Warwick, GA, her daughter, Michelle (Wayne) Dickerson and their son, Ian Dickerson all of Buford, GA, two sons, Alan Harvey (Lee) Perry of Prescott, AZ, Greg (Teri) Perry of Albany, GA and their two daughters, Emily Perry of Atlanta, GA and Madison Perry of Albany, GA, her step-daughters, Julie Cox and her children, Russell and Kristen Cox all of Bishop, GA, Jolie (Chad) Ledger and their children, Chase Ledger and Cade Ledger all of Leslie, GA and her siblings, Robert (Honey) Connor and Danny (Miriam) Connor all of Staten Island, NY and Kathy Wiles of Hampton Bays, NY. In lieu of flowers, those desiring may make memorials in memory of Pat to St. Jude Children’s Research Hospital, 262 Danny Thomas Place, Memphis, TN 38105.
To order memorial trees or send flowers to the family in memory of Patricia "Pat" Jarrell, please visit our flower store.
Send a Sympathy Card