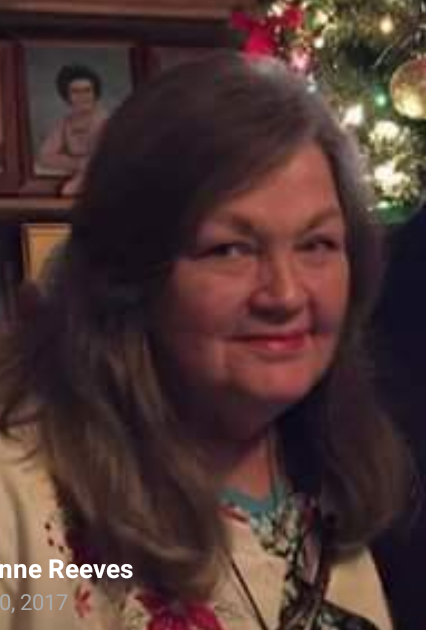 Suzanne was born in Albany, GA on December 27, 1949 to the late Curtis and Mildred Green, Sr. She graduated from Albany High School in 1967and received her LPN Degree from Albany Junior College. Suzanne was employed with Phoebe Putney Memorial Hospital, the Albany Police Department and SunTrust Bank during her career. Suzanne was a member of the Amazing Grace Baptist Church and loved taking care of grandbabies, gardening, dancing, Crocheting and Knitting. She was preceded in death by a brother, Richard Green.

The family will receive friends Wednesday from 6:00 PM until 8:00 PM at Mathews Funeral Home. Those desiring may make contribution in memory of Suzanne to the Phoebe Cancer Center, 417 W. 3rd Ave., Albany, GA, 31701.

To order memorial trees or send flowers to the family in memory of Patricia Suzanne Reeves, please visit our flower store.
Send a Sympathy Card