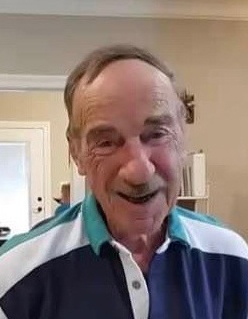 Mr. Mazzeo graduated from Pittsfield High School in 1953 and spent most of his career as a journeyman meat cutter, retiring at 62. He married Virginia (Ginny)  in November 1976 and spent 46 years together. They moved to Georgia to be closer to their daughter, Laura, four and a half years ago. He attended St. Teresa's Catholic Church on a full-time basis.
He was a loving husband, father and grandfather as well as being an avid animal lover.
Those desiring to make memorials in memory of Nicholas M. Mazzeo can do so at St Theresa's Catholic Church, 421 Edgewood Lane, Albany, GA, 31707.

The family will receive friends following the services at Mathews Funeral Home.

To order memorial trees or send flowers to the family in memory of Nicholas M. Mazzeo, please visit our flower store.
Send a Sympathy Card