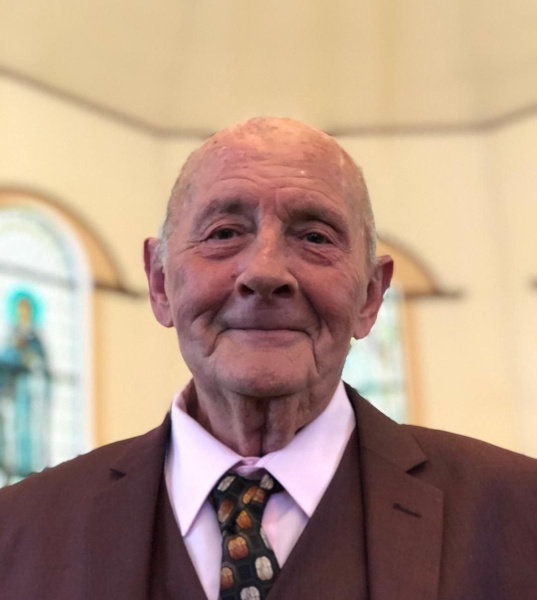 Nelson was born on Dec. 4, 1933 in Dover, NH, the son of Beatrice (Ellis) and Theodore Drew. He grew up in Dover before enlisting in the military as a young man.

Nelson proudly served in the US Armed Forces for 22 years, first enlisting in the Army and then transferring three years later to the Air Force. He was in theatre in both Korea and Vietnam. In 1967, he was awarded the Distinguished Flying Cross for Heroism while participating in Aerial Flight, one of multiple honors he received during his military service. He retired from the Air Force as a Master Sergeant.

While life in the military took him to the skies and to far-flung corners of the world, he was always anchored by the people he loved and those who loved him. Ask his friends and extensive family and they will probably list Nelson as among their favorite people. He was especially known for his witty humor, engaging stories, and jovial spirit. Nelson also loved music and dancing, “cutting the rug” well into his 80s.

Nelson is survived by his brothers, Philip of TN and Paul of FL; sisters, Sharon, Edith, and Barbara of NH; his children and stepchildren, Judy, Lindy, Nelson “Chuck” Jr., Shawn, Sharon, and Debbie; many grandchildren and several great-grandchildren, and a plethora of nieces and nephews.

In addition to his parents, he was predeceased by his sisters Ellen and Rowena; his first wife, Margaret; his second wife, Dolores (Dee); and his son, Bobby.

A service with Military Honors will take place at Andersonville National Cemetery, Andersonville, GA., after the New Year.

Celebration of life will take place at a later time in Nashua, NH.

In lieu of flowers, donations may be made in Nelson’s memory to DAV- Disabled American Veterans https://secure.dav.org