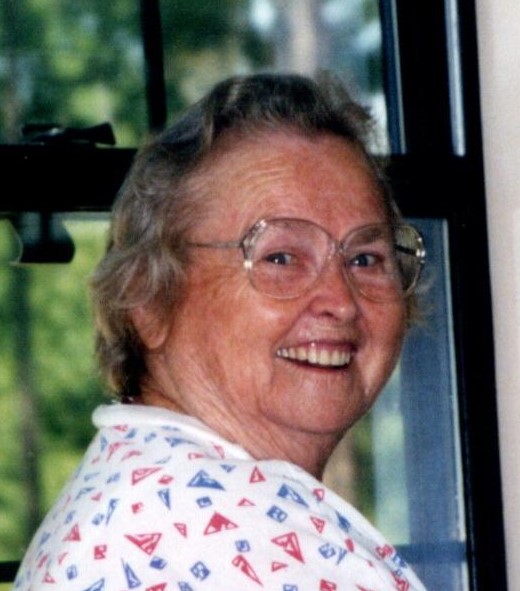 Marvine Calhoun Wilkerson, 95, of Albany, GA died July 9, 2020 at her residence. Funeral services will be conducted Tuesday, July 14, 202 at 11:00 a.m. at Mathews Funeral Home. Face mask and social distancing will be respected. Interment will follow at 3:00 p.m. in Salem Baptist Church Cemetery in Wilcox Co., GA.

Born in Turner Co., GA, Mrs. Wilkerson had resided in Albany, GA since 1952. She was a World War II bride and worked at Robins Air Force Base as a machinist (“Rosie Riveter”) and later in life at Coats and Clark. She was life time Baptist by faith and loved her church family at Albany Gospel Chapel.

She was a mother of seven children and was always cooking, canning, quilting and sewing clothes. She was best known for her home-made fried apple tarts. She was preceded in death by an infant daughter, her husband, Herbert Wilkerson, son-in-law, Hubert Whitaker, a son, Freddie Lee Wilkerson and daughter in law Onita Wilkerson.

The family will receive friends Monday July 13, 2020 from 6:00 p.m. until 8:00 p.m. at Mathews Funeral Home. Face mask and social distancing will be respected.

To order memorial trees or send flowers to the family in memory of Marvine Calhoun Wilkerson, please visit our flower store.
Send a Sympathy Card