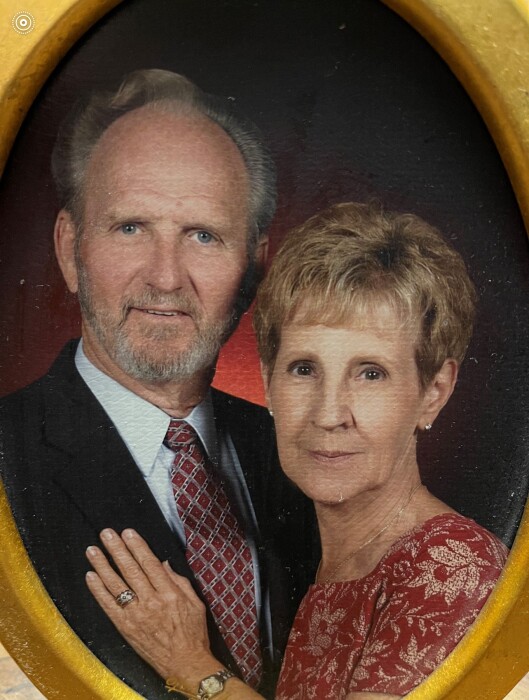 Buck was born in Vienna, GA on April 12, 1937 to Francis and Mary Elizabeth Richards. He graduated from Vienna High School in 1955.  He joined the United States Navy and retired as Chief Petty Officer after twenty years.  Buck worked and retired with the Marine Corps Logistic Base in Albany. They were both loyal members of Lakeside Baptist Church and Buck was also a member of Triangle Lodge # 708 F&AM.

Joyce was born in Montezuma, GA on October 20, 1936 to Cleveland Guy and Lois Bush.  She graduated from Montezuma High School in 1955 where she played basketball for the Montezuma Aztecs.  She met Buck at a basketball game between the two teams and they married in 1957.  She was employed with Southern Bell Telephone for a short time, but spent her years as a Military Wife and homemaker.

Buck enjoyed riding his Harley and Joyce loved to bowl and travel with her teammates to tournaments. They both enjoyed watching their grandson play golf.

They are both survived by their daughter, Kelli (Mac) George and their grandson, Tyler George all of Albany, GA and a son, Ronnie (Denise) Richards of Rutledge, AL and Joyce is also survived by a sister, Norma (Skip) Tucker of Roswell, GA.

Those desiring may make memorial in memory of Buck and Joyce to Lakeside Baptist Church, 2806 N. Jefferson St., Albany, GA, 31701.