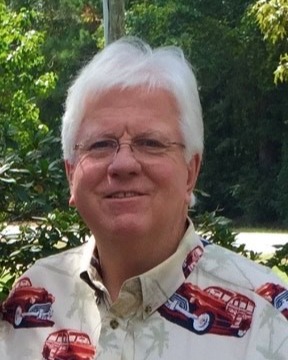 Mark Milburn Brown, 72, of Albany, GA, passed away peacefully at his home on January 11, 2023. The family will receive friends and family from 5 pm until 7 pm on Sunday, January 15, 2023 at Mathews Funeral Home. The funeral service will be held Monday, January 16, 2023 at 2:00 pm at Mathews Funeral Home.  Rev. Ray Lowe will officiate.  Interment will follow in Crown Hill Cemetery.

Mark was born in Smyrna, GA on September 6, 1950 to Marion and Ann Brown. He lived in Smyrna for many years of his youth and moved to Albany, GA in middle school. Mark enjoyed camping, fishing, and playing baseball growing up and expressed such fond memories of doing these things with his father, Marion and brother, Craig.

Mark graduated from Albany High School and then from Albany Junior College. He had a passion and calling for the ministry; so he pursued that right after college. He traveled around for years doing tent revivals and mission trips with his close friend and evangelist, Ray Lowe. Mark’s faith was extremely important to him and it was something that he instilled in his children at an early age.

Mark continued to be active in the ministry throughout his life and also pursued a career in graphic design/sign work. He started out hand lettering vehicles, which quickly led to him starting his own company, Mark Brown Custom Signs, to create signs and other projects. He was very talented and had a passion for lettering. He lettered even in his spare time, like on napkins as he waited for his food to arrive at a restaurant. Mark is well known in Albany for his work at Art Sign Company and Gilley’s Signs.

Mark enjoyed spending time with friends and family. He was a loving husband and the best father, who was there for everything his kids did. It didn’t matter what it was or the time, Mark always put his kids first. He was happiest when he had all four of his kids and wife together in one room. He enjoyed being around his brother, Craig and sister, Cindy, along with all of their family. Mark was blessed with a large extended family as well, with whom he loved dearly. There was nothing that Mark loved more than his family.

Mark was incredibly sweet, caring and had a great sense of humor. These qualities were very apparent to anyone that interacted with him. He would do absolutely anything he could to help others. Mark was truly one of a kind and has left a lasting impact on the lives of so many.

To order memorial trees or send flowers to the family in memory of Mark Milburn Brown, please visit our flower store.