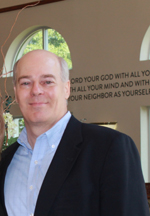 Malcolm Jeffrey “Jeff” Lane, 56, of Acworth, GA went to be with the Lord Wednesday, March 18, 2020 at Wellstar Kennestone Hospital in Marietta GA. A graveside service will be held for family at Leesburg Cemetery.

While born in Dawson, Ga, Jeff considered Albany his home. Upon graduating from Albany High School in 1981, he joined the United States NAVY where he served on a nuclear power submarine completing several missions. Jeff received a degree in Nuclear Science Management and went on to receive his Masters degree from Valdosta State College while in the Navy. In 1990, he became an executive with the G.E. Renewable Energy branch.

Jeff was a dedicated member of The Church at Liberty Square, in Cartersville, GA. He was devoted to his church family and taught a Men’s Bible Study Group. He never missed an opportunity to spread the gospel. He was a man of integrity and inspiration to all. He was always there for his family and friends.

He was preceded in death by his parents Malcolm and Elizabeth Lane, and sister Sandra Grace Lane (deceased).

Those desiring may make donations in memory of Jeff Lane to The Gideons International via the website www.gideons.org/donate or via phone 1-866-382-4253.

To order memorial trees or send flowers to the family in memory of Malcolm Jeffrey "Jeff" Lane, please visit our flower store.
Send a Sympathy Card