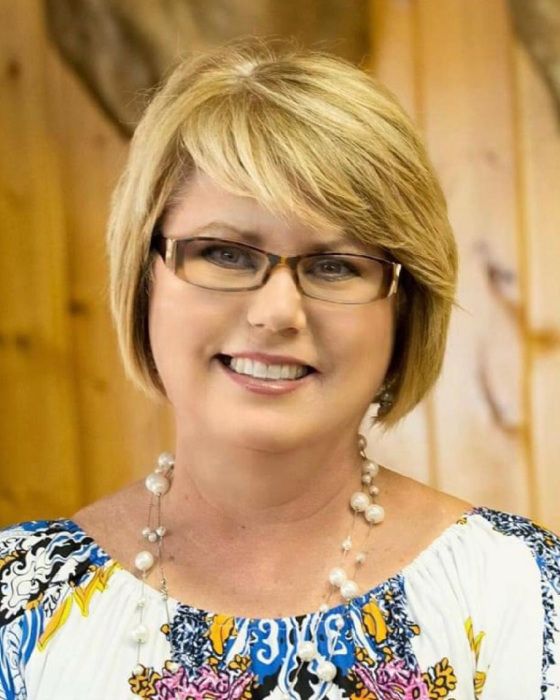 It is with great sadness that the family of Martha Lisa Brooks Icard (also known as Bibit) announces her death on September 10, 2021, at Phoebe North Hospital. Lisa, 54, was the epitome of a loving wife, mother, grandmother, daughter, sister, and friend. This strong, kind, selfless, compassionate, beautiful, brave woman fought a courageous battle with Covid since July 29.

Lisa, affectionately known as Bibit,  was born August 16, 1967, in Dawson, Ga. to Anne Johnson Bass and the late Dewey Brooks. She graduated from Terrell Academy in 1985 and received her degree in Criminal Justice from Albany State University in1989. She started her career with the Department of Family and Children Services in Americus on January 1,1994 and has been employed at DFACS in Dawson since 11-12-95 and Albany for a total of 27years and 9 months. She has been a supervisor since July 1, 2016.

Lisa was preceded in death by her father Dewey Brooks and Daddy Jerry Miller. Her grandparents Marion Johnson, Martha Johnson Harris, Lester and Martha Brooks, and Elizabeth Miller also preceded her in death, along with her in-laws Glenn and Myrtle Icard, and stepbrother Bill Jones.

Lisa was a cheerleader in high school at Terrell Academy. That role was the definition of who she was and what her life represented to her family and to her community. She was known for her contagious smile, her kind compassion, her calming personality, and her genuine love for all. Lisa loved and cheered for everyone: her family, her friends, her co-workers, her dogs Taz and Sparkle, anyone she encountered.

She was a member of the Phi Mu sorority at Valdosta State University and attended Georgia Southwestern University.

She attended Leadership Terrell training in Terrell County. She also went to the State Leadership Academy training for a year for DFACS. Lisa received the 2016 state OFI SuperVision Award for outstanding leadership.

She loved shoes, clothes, jewelry, make-up; and decorating (especially for her older sister Teresa only 13 months apart), In fact, Lisa loved Teresa with  a fierce and protective love and spent any spare time she had with her and their mother they were inseparable. Lisa also loved watching her baby sister Paige play basketball in high school and college. In addition, Lisa loved supporting and cheering for her children and her nephews. She was actively involved in all their school activities and sporting events. She supported all of Terrell Academy athletic programs. She was especially proud of the 2008 and 2009 State Football Champions. She served pregame meals, chaired prom committees, Carnival chairmanships, and selflessly filled any gap to ensure the children she loved had the best experience possible.

She edited the yearbook and football program for Terrell Academy from 2008 – 2014.  She was a member of the First United Methodist Church in Dawson and sang in the choir.  Lisa loved her family and was an involved and integral presence in all their lives until her death.

She was looking forward to retiring and being a Mary Kay consultant and moving to Tennessee to be close to her granddaughter. Instead, Lisa lived her life well and has left this earth with a lasting and remarkable impact on every person she met.

Grave side services will be held Monday, September 13, 2021, at 11:00 A.M at Cedar Hill Cemetery in Dawson, Ga. Reverend Allen Carmichael will officiate.

Family and friends will be received at the home of her parents Anne and Lee Bass in Dawson or visitation after the service.

The service will be live streamed at the following address https://www.facebook.com/mathewsfh

To order memorial trees or send flowers to the family in memory of Lisa Brooks Icard, please visit our flower store.
Send a Sympathy Card