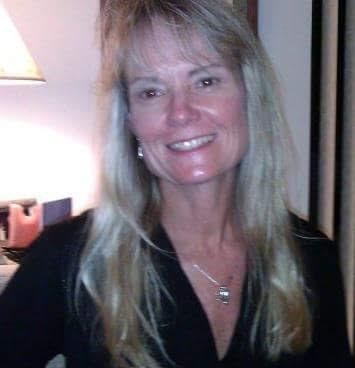 Laura Sherling Hicks went home to be with her Lord and Savior, on Saturday, September 4, 2021 at the age of 57. Graveside funeral services will be held Friday, September 10, 2021at 11:00 a.m. at Leesburg Cemetery.

Laura was born to James and Janet Sherling on October 9th, 1963 in Macon, GA. As a child, Laura was filled with an adventurous spirit. She was known to climb trees, wear red cowboy boots to church, and dream of living with Tarzan. Such an adventurous spirit grew with her into her youth and adulthood. She was an accomplished athlete in high school, playing softball, running track, and swimming on the Morrow High School swim team before her graduation in 1981. She attended the University of Georgia where she joined the Alpha Gamma Delta Sorority, graduating in 1985 with a Degree in Early Childhood Education, oftentimes remarking that her years at the University of Georgia and in her sisterhood were some of the best of her life.

Laura met her husband Thomas Hicks in 1988 and they were married the following year on December 23,1989. Laura and Thomas were married for thirty-one years and went on to have four children, Thomas (30), James (27), Sarah (25), and William (23). After becoming a mother Laura threw herself into the role of super mom. She started and ran both a Boy Scout and Girl Scout Troop in Jackson, became a volunteer for the local 4-H Club, Senior member of the Children of the American Revolution, all of which while homeschooling all four of her children. In addition to being a loving wife and dedicated mother, Laura was an active member of the Augusta Clayton Chapter of the DAR, the Colonial Dames of Georgia, the Colonial Dames of America, the First Families of Georgia, the Jamestowne Society, Founders and Patriots Society, and the United Daughters of the Confederacy.

Even during her active roles as mother, wife, and society member, Laura followed her adventurous spirit around the world. Laura traveled to Germany with her son Thomas, went scuba diving in the Grand Caymans with her youngest William, shopped in New York City with her daughter, and traveled several times to her favorite country Ireland with her husband and son. She took pride in where she came from and comfort in where she would go after her passing through her strong faith in Jesus Christ. Along with her unwavering faith, Laura found happiness in walking the beaches of St. Augustine Florida, often saying that the ocean called to her, much like her mother before her who is now welcoming Laura into heaven.

She is survived by her husband Thomas Hicks Jr, her four children, Thomas Hicks III (Shannon), James Hicks, Sarah Hicks, and William Hicks. Along with her father, James Sherling and brother Mark Sherling.

To order memorial trees or send flowers to the family in memory of Laura Sherling Hicks, please visit our flower store.
Send a Sympathy Card