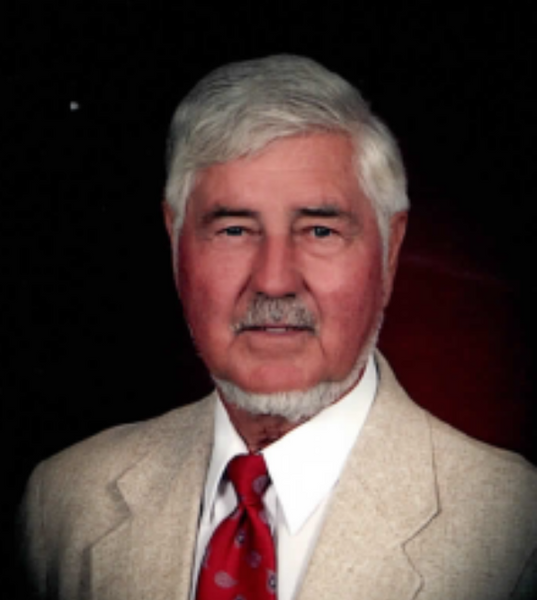 Larry moved to Bronwood, GA at an early age. One of his greatest enjoyments was the “farm” all throughout his life. During high school he was a straight A student and lettered in Track and Field and played football. After graduating from Terrell High School he became a co-owner of Jay Evans Testing Laboratory in Albany where he continued his career in Birmingham, AL.

In 1962 he returned to Albany where he and Ruth raised their four daughters.  He worked for Joe Brasher Steel and Geosciences before he became an independent contractor as a welding steel inspector. He earned a certificate of life membership to the American Angus Association, Senior Engineering Technician, Level II Ultrasonics, Level II Field Tests of Concrete and the American Welding Society Certification of Welding Inspectors. A few of his inspection jobs included the EPCOT Sphere, the 2015 Atlanta Olympic Complexes, beams for the Trump Towers (Panama Canal), Trump Towers and the Fort Benning National Infantry Museum.

Larry never met a stranger and enjoyed talking to everyone. He had a special group of friends for many years who met at Burger King and recently at the mall. He traveled all of the fifty states, the Holy Land, Switzerland, Ireland and several islands while cruising. He was a faithful member to the Pentecostal faith. All who knew him will miss his sense of humor, advice and storytelling. He was loved and will be greatly missed. A heartfelt thank you to his caregivers, Theresa Hall, Geneva Odom, Yvonne Rawls, Covie Chapman and Kerry Beecher.

He was preceded in death by a daughter, Zona Gale Karau in 1971, his wife of 65 years, Ruth Horne Karau who passed away in 2017, son-in-law Rev. William Calvin Smith in 2021, brother, Curtis Karau and sister, Wanda Ruzicka.