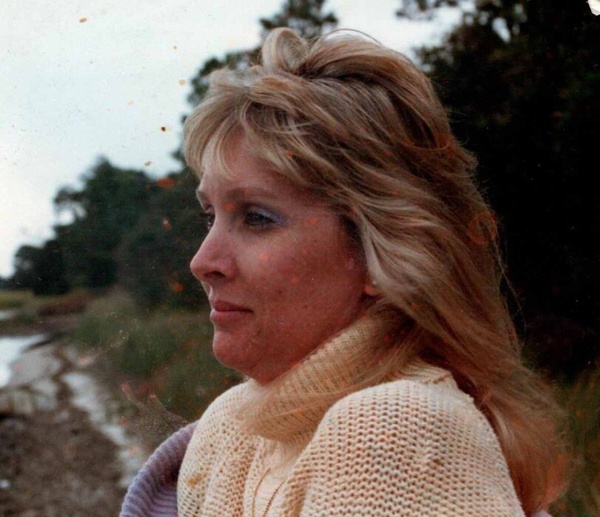 Kathleen K. Cloutier passed away, from an extended illness, on October 28, 2021.

She is survived by her husband of 34 years, Richard O. Cloutier, Jr., her brother, Richard M. Kennedy, and her sister-in-law, Lynn Kennedy.

Kathy was born on August 18, 1950, in Wichita, Kansas, to Dick & Jane Kennedy. As a young girl, Kathy lived in Jacksonville & Orlando.

Having obtained her Degree in Education at Tift College, she lived in Forsyth & Baxley, GA, teaching elementary school, before relocating to Albany, GA to be closer to her parents and brother. In Albany, she taught at Turner Elementary & West Town Elementary, finishing her 20+ year teaching career at Merry Acres Middle School teaching 7th grade.

Her teaching credentials spoke for themselves, since she was assigned classes consisting of discipline problems, year after year. However, it was not uncommon for Kathy to be out in public and have one of her students, now grown, greet her and tell her how they loved having her as a teacher.

Kathy had a great sense of humor and a keen eye for fashion. Her flair for creativity never diminished, even as her illness started taking its toll. She was always upbeat and had plenty of smiles to spread around.

Her brother, Richard, and his wife, Lynn, added: In her younger years, “Kathy was a golden girl with long blond hair and a Florida tan. She was beautiful, spirited, and loved horses and riding. She dreamed of entering the equestrian trials at the Olympics, but eventually traded the horses for a pink Mustang that she drove to Forsyth, GA., and Tift College. She transported her wheelless friends for fun and frolic and graduated with a major in education. She loved children, though she never had any of her own.

She ran the office, of their business, preparing detailed legal reports and interacting with clients, for nearly 11 years.”

Her cousin, Terry Rose, had this to say about her, “She was always my beautiful, talented, sophisticated older cousin that led me through the trials of our teenage years. She tutored me in the art of flirtation, how to drive an automatic transmission, (Yes! I was that clueless!), the clothing to wear (surf shorts and shell tops!), the activities to participate in (horseback riding), the hair dye to use (Nice and Easy 102), and even taught me how to dance the peppermint twist.  She was everything I aspired to be.
She was beautiful
She was brilliant
She was kind”

Kathy’s first love was horses. That love never diminished; but rather, grew stronger with age. Her ultimate thrill was riding horses on her second love – the beach at Sea Island, GA. She was an accomplished rider, having participated in show jumping & dressage competitions. Her biggest regret was not having pursued a course of college study & a career in equine management.

But she was also very fond of dogs; especially, Doberman Pinschers. She and I rescued 4 dogs: a Dobie, a Swiss Mountain Dog, and 2 sister Beagles. She always took meticulous care of the dogs and me. Our dogs always liked her best. In fact, our Dobie would literally push me out of bed, in the morning, so he could sleep next to Kathy. If I told our dogs, “no”, they would invariably run to Kathy to get a different answer.

We met on a blind date, Feb. 13, 1987, set-up by her brother. When she opened the door, I was literally shocked. I didn’t think she was my date, as she was way out of my league. We went to Garganos and saw the movie “Crocodile Dundee”. I managed to get my angel hair pasta with white sauce all over my shirt, but she pretended not to notice. Best first date ever!

My jobs took us to Albany, Savannah, & West Palm Beach, FL. The latter two cities were an adventure, creating memories that we cherish to this day.

As her illness progressed, dementia set-in. Fortunately, our Lord God set in motion certain things to occur that allowed me to stay home and take care of her. For that, we are grateful to him. As her dementia got worse, she got to the point that she did not recognize me. In fact, she thought there were several male caretakers vying for her affection; so, I made a point of proposing marriage to her, every few weeks. Every time I proposed, she would get this big grin and say “YES”. I will miss that grin.

As a wife, words are inadequate to describe what she meant to me. Her passing has ripped-out my heart. She was my rock, thru good times & bad. We both believed in the commitment of marriage, till death do us part. She believed in Jesus, but was mad at him, for her illness and for taking our dogs. But the Bible says that belief in Jesus is all that is required to enter the Kingdom of Heaven. And now, for the first time in a long time, she is not suffering. She is with Jesus & our dogs and her joy cannot be described… But neither can my sadness and pain.

I will love and miss you, Sweetie…

In lieu of flowers, Kathy would love for you to send a donation, in memoriam to her, to “Best Friends Animal Society”, a national nonprofit organization that rescues animals: www.bestfriends.org .

To order memorial trees or send flowers to the family in memory of Kathleen Cloutier, please visit our flower store.