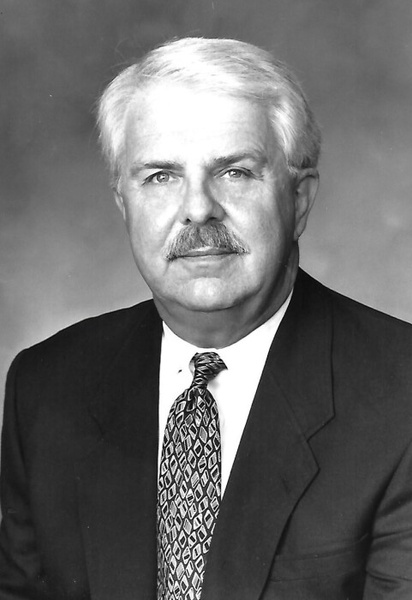 Julian D. Whiting, Jr., 80, of Albany, GA died Monday, November 2, 2020 at Phoebe Putney Memorial Hospital. Funeral services will be held Thursday, November 5, 2020 at 11:00 AM at the First United Methodist Church of Albany. Entombment will follow in the Crown Hill Mausoleum. Dr. Bob Moon and Rev. Thad Haygood will officiate. Social distancing will be respected and masks will be required. Julian was born in Albany, GA to Julian Deming Whiting, Sr. and Adelyn Pate Whiting. He was educated in the Albany Public School System, the Baylor School in Chattanooga, TN, and graduated from Albany High School. He attended North Georgia College and Mercer University. Julian spent two years in the U.S. Navy Reserve and was stationed at San Diego, CA and at NAS Moffett Field in Mountain View, CA. He returned to Mercer University, graduating in 1965. He was a member of Phi Delta Theta Fraternity and became a member of the Golden Legion in 2011 (50 Year Member). After College and the Navy he served in Washington, DC as a legislative aide to U.S. Congressman John J. Flynt of Griffin, who was the ranking member of the House Appropriations Committee. After leaving the congressional job in 1967, he returned to Albany and began a lifetime career in the insurance industry. He was initially employed by MetLife as an agent and was promoted to a unit manager two years later. In 1978, he joined his AHS classmate, Bill Ivey, with Lincoln National Life and served the next sixteen years as district manager, and as co-agency head with Bill for the states of Georgia and South Carolina. In 1985 and 1986, he passed the qualifying exams for the industry designations of Chartered Life Underwriter (CLU) and Chartered Financial Consultant (ChFC). During this career, he won numerous awards such as Million Dollar Round Table, National Quality Award, National Sales Achievement Award, President’s Club, the Leading Producer’s Round Table, Life Leaders of Georgia, and the Leading Producers Award Eagles Club of the National Association of Health Underwriters. He also served as President of the Albany Life Underwriters. In 1994, he formed Whiting and Company in Albany, specializing in employee fringe benefits and senior care products. Julian was active in the community serving as President of the Past Presidents Sertoma Club, a former member of the Anchorage Board, a former member the board of the Southwest Georgia Council of the Boy Scouts of America, participated in Habitat for Humanity builds, and was a part of the Kairos Ministry Teams at Lee and Calhoun State Prisons. He was also an avid supporter of the athletic program of Florida State University, serving as a member of the President’s Club and also in the Area Chairmen’s Club for the Seminole Boosters. Julian was a very active Board member at The Margaret Jo Hogg Alzheimer’s Outreach Center, 229 N Jackson St Albany Ga 31701. Julian was a lifetime member of the Albany First United Methodist Church of Albany where he taught four different Sunday School classes as well as a class at Morningside Assisted Living for nine years. His participation included serving as church lay leader, Vice-Chair of the Board of Trustees, President of the Hosanna Boosters youth choir, Chairman of the initial strategic planning committee, Chairman of the Education Committee, and member of the Finance committee and the administrative board. He was presented the Aldersgate Evangelism Award by the church in 2002. Julian was also a member of the Littleton Sunday School Class. In 2002, Julian participated in the Heart of Georgia Walk to Emmaus as did his wife, Ruth. As a result of that experience, he became very active, serving as a team member on many walks, and later as the lay leader of a walk in 2007. Shortly after that, he was elected as Board Chairman and President of the Heart of Georgia Community with a membership of almost eight thousand. He was also appointed to travel throughout the state training new board members as the Assistant Southeastern Regional Leader. Survivors include his wife, Ruth K. Whiting, Albany, GA, his children, Holli Whiting Mayher, Simpsonville, SC, Jay (Tori) Whiting, Fran Whiting (Stewart) Campbell, Kate Whiting (Bo) Henry, Ken (Stephanie) Drawdy, all of Albany, GA, his sister, Martha Whiting Rush, Tallahassee, FL, and his grandchildren, Richmond Mayher, Pate Mayher, Thomas E. Sullivan, Hilton Church Whiting, Deming Riles Whiting, Finn Campbell, Charlie Campbell, Hank Henry, Sam Henry, Daylor Drawdy, and Abi Drawdy. The family will receive friends one hour (10:am to 11:00 am) prior the funeral service at the First United Methodist Church of Albany. In lieu of flowers, the family requests contributions be made to First United Methodist Church to either Music, Missions or Ministerial scholarships, or to the Wounded Warriors Project.
To order memorial trees or send flowers to the family in memory of Julian Whiting, Jr., please visit our flower store.