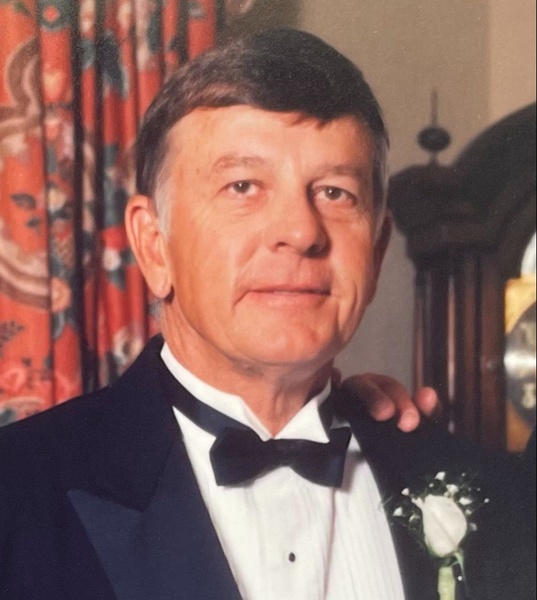 Jon Michael Warrington, age 84, of Santa Rosa Beach, FL, died June 21, 2022 at his residence. The funeral service will be held Wednesday, June 29, 2022 at 2:00 pm at Porterfield United Methodist Church in Albany, GA with visitation at 1:00. Rev. Chuck Knight will officiate.

Mike was born October 26, 1937 in Lexington, KY to John Hamilton Warrington and Celia Jeffries Warrington. After high school, Mike earned a football scholarship to Centre College in Danville, KY. He then enlisted in the Navy where he was stationed in Key West, FL aboard the USS Roosevelt. Following his military service, he attended University of South Florida in Tampa where he earned a B.S. in Criminal Justice. Mike spent his career as a United States Secret Service agent beginning in 1965 in Jacksonville, FL and retiring in 1992 in Albany, GA.

He was an avid golfer at Doublegate Country Club for 43 years. He loved reading, hunting and fishing at his beloved Lake Eufaula. But above all, he loved his family and spending time with them. In 2020, he moved to Somerby Assisted Living in Santa Rosa Beach, FL, where he enjoyed going to the beach and fishing in the Bay with his son Jon.

Mike was preceded in death by his loving wife of 61 years, Ann Vallandingham Warrington whom he adored and longed to see again.

In lieu of flowers, memorials may be made to Wounded Warriors (www.woundedwarriorproject.org)