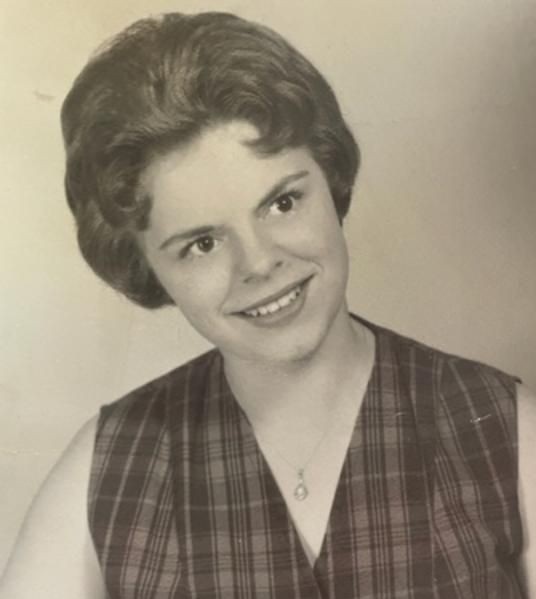 The funeral service of Johnne Sue Sizemore, 77, of Lee County, GA will be held Monday, April 4, 2022 at 2:00 pm at Mathews Funeral Home.  Roger Montgomery and Rev. Marion Sizemore will officiate. Interment will follow at Riverside Cemetery.

Johnne departed this life on Friday, April 1, 2022, peaceably at home in the company of her family.  She was born in Fort Lauderdale, Florida on March 12, 1945.  Her father, Ensign John Patrick Walker, was killed in action exactly two months before her birth when the torpedo bomber he piloted was shot down in the Indo-China Sea.  Johnne responded to this challenge by becoming the unquestioned matriarch of her extended family at an early age.

Johnne married W. James Sizemore on August 30, 1963 and he survives her, along with their five children: W. James Sizemore, Jr. (Terry); John “Jackie” Walker Sizemore (Jenny); Opal Jenny Sizemore (Glenn); Samantha Sizemore Vernetti (Bryan), and; Jonathan Walton Sizemore.  She and James often opened their home to their younger siblings and family when they needed a temporary home or a hand up.  Their life together was a true partnership of service to each other and to family and friends.

Johnne medically retired from the United States Post Office where she worked as a rural letter carrier.  She spent her life, including post retirement, in the service of others, particularly the underprivileged.  She also loved and raised animals and was the person everyone brought sick, abandoned, or wounded animals of every type that needed healing.

Johnne spent much of her early years supporting her children’s activities and scholastic endeavors. She later became active in many organizations, first volunteering with a pregnancy hotline, Birthright, in the 1970s. One of Johnne’s most cherished memories is meeting with a particular young woman with whom she counseled several years earlier with the thriving child the young woman decided to keep.   Johnne also served in several other charitable organizations during her lifetime, including the Albany Women’s Club, Women in Construction, and on the Board of the Albany Humane Society.  She was an active volunteer for many years as a Court Appointed Special Advocate in Dougherty County, working primarily with children in need before the Dougherty County Juvenile Court.  She was an avid genealogical researcher and for fifteen years served as the Genealogy President of the Albany division of the Church of Jesus Christ of Latter Day Saints, where she and James are members.  She also served her church as Relief Society President, President of the Young Women, and many other capacities.

The family will receive friends on Monday from 1:00 pm until 2:00 pm at Mathews Funeral Home.