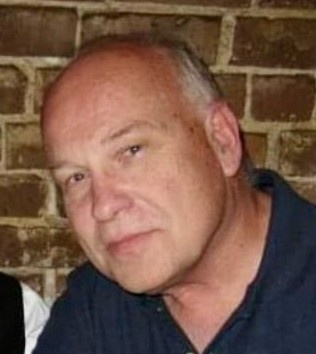 John was a 1965 graduate of Waynesville Township High School. Four short years later, in 1969, John graduated from the University of North Carolina - Chapel Hill with a degree in Mass Media. He later went on to receive two Masters degrees from Georgia Ed University - one in Criminal Justice and the second in Public Relations. He later attended the University of Georgia for his PHD. John was a Veteran of the Vietnam Era who spent the majority of his days healing and saving his fellow comrades by working as a medic in the burn unit. After his discharge from the Army in 1977, John attended the police academy where, because of his knowledge and academia, he only spent an incredibly short time as a patrolman before he began working for the first ever intel unit under Dick Hand.

In the late 70’s John helped build an airport in Jeddah Saudi Arabia as well as create their entire security system. John later went on to work for the Department of Corrections as their Public relations officer and lobbyist. After years of an incredible career, he went back to his hometown of Waynesville, North Carolina as Town Manager. He helped the town grow in many ways. He brought in new businesses, large corporations to help bring in jobs for townspeople. He also trained the town’s police and fire departments, built a new headquarters for both departments, as well as redesigned the patrol cars. After years of being Town Manager, John worked with a specialized team designing parts of the Blue Ridge Parkway. He later joined up with GEMA and FEMA in order to help thousands of people in the aftermath of Hurricane Bertha, the South Georgia Flood of 1994, and finally Hurricane Fran. After doing all that he could do with those two agencies, John finally decided to take his years of first-hand work experience and all his knowledge, and become a college professor of Political Science and Criminology at Georgia Perimeter College/Georgia State University. In addition to his teaching, John worked as a lobbyist between the University and the legislature. His real-life hands-on experience and unorthodox way of teaching quickly made him a popular name around campus. If you had Professor Siler as an instructor, you were over the moon excited. If you were on the wait list, you hoped and prayed he would have a spot open up in one of his classes. This continued throughout his entire teaching career until he finally retired in early 2020.

In his spare time, John was a Master Gardner and loved spending time creating landscape masterpieces. He especially loved helping his wife and daughter with their yards and creating every vision they had. After retiring with Georgia State University John worked at a small hardware store as one of the gardening staff. John never knew a stranger. He made friends wherever he went and brought such joy to those that knew him.

John is survived by his wife of over 42 years, Tamara Hinman Siler of Albany GA; his daughter, Alexis Brooke Siler, of Marietta, GA, his older brother Jack Ghormley Siler and wife Marguerite Sue Siler of Waynesville, NC; his niece, Virginia Ann Galati and her husband Michael Galati; brother-in-law, John Eric Hinman and his wife Aleta K. Hinman and niece Megan Ann Hinman; as well as countless friends he made throughout his life. He is preceded in death by both his parents, J.B. Siler and Ann Ghormley Siler.

Visitation will be Thursday evening from 5:00 pm until 7:00 pm at Matthews Funeral Home. Atlanta services will be announced at a later date.

To order memorial trees or send flowers to the family in memory of John Henderson Siler, please visit our flower store.
Send a Sympathy Card