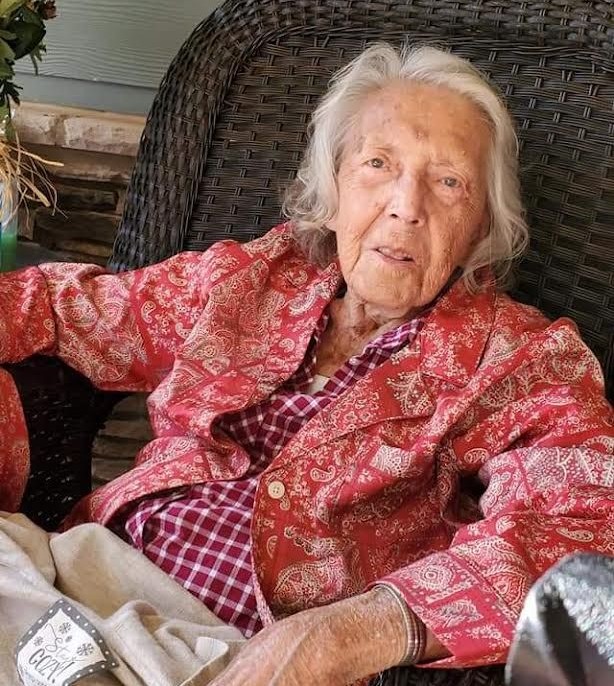 Joan Elsie Toole, 96 of Albany, GA.  Died Sunday March 20, 2022 at her residence. Funeral services will be held at 3pm Sunday March 27,2022 at Porterfield Memorial United Methodist Church. The family will receive friends from 2pm to 3pm in the parlor at Porterfield.  Rev. Chuck Knight will officiate.  Interment will take place at Andersonville National Cemetery on Monday March 28, 2022, at 10am.

Mrs. Toole was born November 20, 1925, in London England, daughter of the late John Francis Maskell and Elsie Harriet Amor Maskell. She was a graduate of Kings College in London. After graduation she taught English with the Teacher Corp in Turkey and Finland. Once in the United States she taught English at Monmouth High School in Monmouth New Jersey and retired after teaching in the Dougherty County School System. Mrs. Toole attended Porterfield Memorial United Methodist Church where she enjoyed attending Sunday School and singing in the choir.  Mrs. Toole was an avid Humanitarian that supported the Albany Museum of Art, Theatre Albany, Methodist Children’s Home, Meals on Wheels, Magnolia Manor, Albany Rescue Mission, ASPCA, Alzheimer Outreach Center, National Park Service, Albany Symphony as well as being on the Board of Directors for the Girl Scouts in Albany. In 1952 she was the British Women’s Fencing Champion. Other than her parents, she was preceded in death by her husband Lt. Col Mack Toole and her brother Dr. John Maskell of Portsmouth England.

The Toole Family would like to extend a heartfelt Thank You to our helping hands and caregivers: Sharon Hall, Theresa Hall, Kathy Tamata, Linda Wingate along with the many caregivers of The Oaks at Oakland Plantation.

In Lieu of Flowers please donate to the Albany Humane Society or a Charity of your choice.