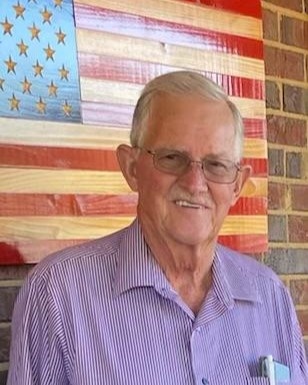 Jerry Fletcher Seymour, 82, of Bronwood, GA, went to be with his Heavenly Father on September 15, 2022. A memorial service will be held Saturday, October 1, 2022 at 11:00 am at Albany Bible Church. Rev. Pete Daughtry will officiate.

Jerry Fletcher Seymour was born December 23, 1939. He was the eldest of seven children. His family relocated from Goshen, Alabama to Bronwood, Georgia in 1947, and not seeing a bright future in small farming, Jerry began working for the Dawson Post Office where he was employed for 43 years and received numerous awards and accolades for his exceptional performance, loyalty and contribution to the Post Office and their patrons. After “retiring”, he and Priscilla became owners/operators of a much-needed Assisted Living Home in Bronwood known as Seymour Southern Comforts, providing compassionate elderly care to their residents. He was a member of Albany Bible Church.

He is predeceased by his mother, Lillian Seymour, his father, J.M. Seymour, twin brothers - Harry and Larry Seymour and sister, Nancy Seymour.

Jerry was a phenomenal man and father and grandfather and a close friend.He was always considerate and kind toward others and when asked to consider a matter,  he would contemplate it nine different ways to Sunday before making a decision,  because of his patience and consideration of others needs he put them above himself, especially true when considering his Shriner’s involvement for the children.  He knew his fellowship and work with the Shriners blessed these children, and it was a priority to him. And if you were ever going to make a large purchase take Jerry with you he would talk them down until it hurt and get a great deal on a truck or house.  He was always good with a modest joke or a witty response. And enjoyed talking well about family and friends. He will be sorely missed here but our Lord’s got him building something in heaven.

To say Jerry will be missed is an understatement.  He leaves a void that no one can fill.  It would be a failed challenge to find anyone who didn’t like Jerry Seymour. He was a friend to everyone - full of compassion. common sense and wit!!!

The family will receive friends one hour prior to the service at Albany Bible Church.