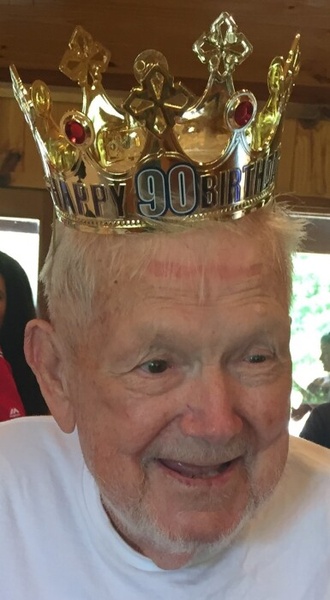 J.R. was born in Albany, GA on May 4, 1929 to Ray and Louise Alsobrook.  He attended Albany Schools and at the age of 15 went to work with Southern Bell as a lineman.  J.R. was employed with Southern Bell for twenty-eight years and retired as a switchman.  He continued his career with The International Brotherhood of Electrical Workers Local # 1531 as a Journeyman Electrician.

J.R. was a member of Raleigh White Baptist Church and a 50-year member of the Albany Masonic Lodge #24 F&AM.  He was also a 32nd degree Scottish Rite Mason and a member of the Hasan Shriners.  He loved to fish and loved his grandbabies.  In addition to his parents, he was preceded in death by his loving wife, Eloise Abbott Alsobrook and a son, Jimmy H. Alsobrook.

The family will receive friends from 10:00 am until 11:00 am Saturday at Mathews Funeral Home.

To order memorial trees or send flowers to the family in memory of James Ray "J.R." Alsobrook, please visit our flower store.