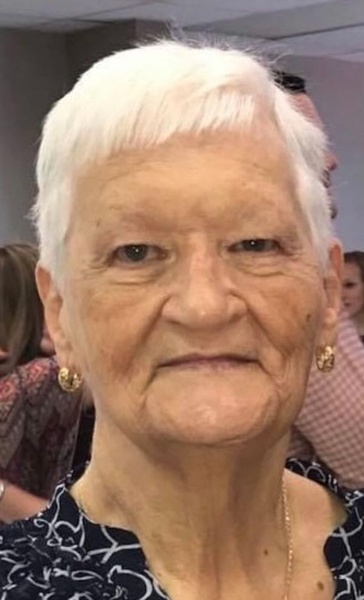 Born in Sylvester, GA, September 29, 1938 to the late Benjamin (Bennie Frank) Brown and Minnie Ola Brown, she graduated from Albany High School in 1956.
Jackie began working at the Bank of Albany in 1955, following her marriage to Jimmy Frank Chapman, Sr. on June 17 of that same year.
Over the next 45 years, she worked at The National Bank of Albany as Head Bookkeeper and Head Teller, First State Bank as Proof Supervisor, The Credit Union of Georgia, and The First National Bank of South Georgia (Ameris).
After retirement from the bank, she worked part-time at the jewelry department at Dillard’s Department Store in the Albany Mall.
Other than her parents, she was preceded in death by her husband of 42 years, a son, James Ty Chapman, a sister, Tina King, Albany, and a brother, Irving Massey, Jr. of Anderson, SC.
Survivors include two sons, Martin (Marty) Chapman of Dallas, GA, and Jimmy F. Chapman, Jr., Montgomery, AL, grandchildren, Brett Chapman, Montgomery, AL, and Rebecca Chapman of Birmingham, AL, great-grandchildren, Addison and Rylee Chapman, both of Montgomery.
The family will receive friends on Saturday after the service at Riverside Cemetery.

To order memorial trees or send flowers to the family in memory of Jacqueline B. "Jackie" Chapman, please visit our flower store.
Send a Sympathy Card