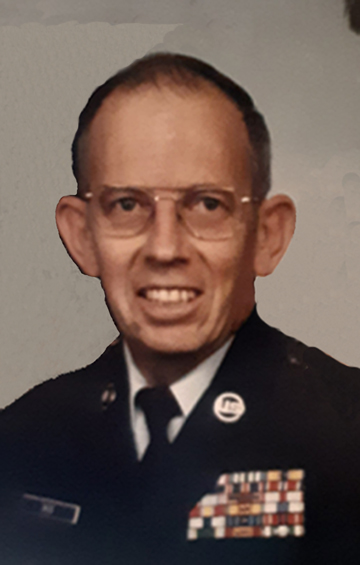 Howard B. Rice (SMSgt, USAF Ret.), 84, peacefully passed from this earth into the Lord’s embrace on August 21, 2021 at his Albany Georgia residence, surrounded by his adoring wife of 62 years (Jacqueline) and loving children.  Funeral will be a private family ceremony.

Mr. Rice was born on July 7, 1937 in Ivel, KY to the late Albert F. and Florence M. Rice.  He grew up in Ivel and graduated with honors from Betsy Layne High School.  Despite receiving an appointment to the USAF Academy, Mr. Rice instead chose to marry his sweetheart and opted to enlist in the USAF where he proudly served for the next 28 years, traveling the world including two tours in Vietnam.  He retired in 1984 at Moody AFB and returned to Albany in 1986–a place that had made an indelible mark on his soul as being “home” while he was stationed at Turner AFB in the early 1960’s.  His hobbies were anything and everything related to electronics, woodworking or fishing.

Survivors include his wife of 62 years, Jackie Rice of Albany, GA; two children: Patti Rice of Albany, GA and Gary (Penny) Rice of Pelham, GA as well as his granddaughter Destiny (Jeremy) Bennett of Windsor, CO.

To order memorial trees or send flowers to the family in memory of Howard B. Rice, please visit our flower store.