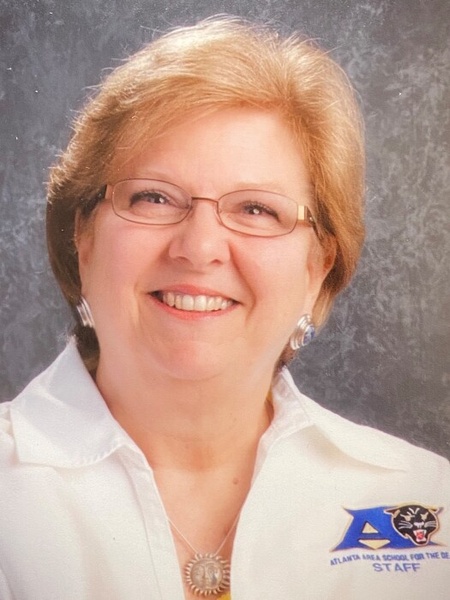 Gray McKenzie died Friday, October 29, 2021, at The Oaks Personal Care Home in Marshallville following a series of strokes over many weeks. On December 27, 2021 there will be a Eucharist service at St. Mary’s Episcopal Church in Montezuma but due to Covid concerns it will be private for family. Following that service, at 11:30 am there will be a short committal service at Felton Cemetery on the old Oglethorpe Road in Montezuma and the family will remain and receive friends following the service.

Gray attended Macon County Public Schools through the ninth grade and finished high school at The Westminster Schools in Atlanta, Ga. She graduated from Hollins College in Roanoke, Virginia, and completed a Master’s in Education from Georgia State University. She soon began her teaching career at DeKalb Co. Dept of Special Education in 1973. There she learned special diagnostic skills designed to best place students with handicaps into the public school system. She fell in love with helping truly needy kids with multiple handicaps by teaching them the tricks of survival, like hand signing communication. She also taught in the Macon and Atlanta Schools for the Blind. Ironically, her first stroke left Gray completely blind and more, yet she never, ever complained. She could hear and when she first heard music she danced in her hospice clinic bed (despite her left side paralysis). She then began to recover everything but her sight. When she left hospice, she was known as the dancing miracle lady.

When she made it to The Oaks, we all had hopes she would recover and once again use her skills and talents to help others. After all she had been a concert pianist and lead singer for a recording Folk Band in Atlanta, and her voice was unaffected by the stroke. But our Lord has other plans!

Survivors include her sister Onie McKenzie (Dr. Ray Brastow) living in Farmville, Virginia, and brother Tommy McKenzie (Terry). Relatives include two nieces, Phoebe Liebl (Chas) and Kenzie Brastow, and her nephews are Taylor McKenzie (Marlee) and Tennant Brastow (Candi). Her grandnieces are Hensley Brant and Cora Jane (CJ) Brastow, and her grandnephew is Luca Liebl. Preceding her in death were her parents, Bud and Christy McKenzie.

Those desiring to do so may make donations to St. Mary’s Episcopal Church Memorial Fund, Rawls Drive, Montezuma, GA, 31063.

To order memorial trees or send flowers to the family in memory of Gray McKenzie, please visit our flower store.