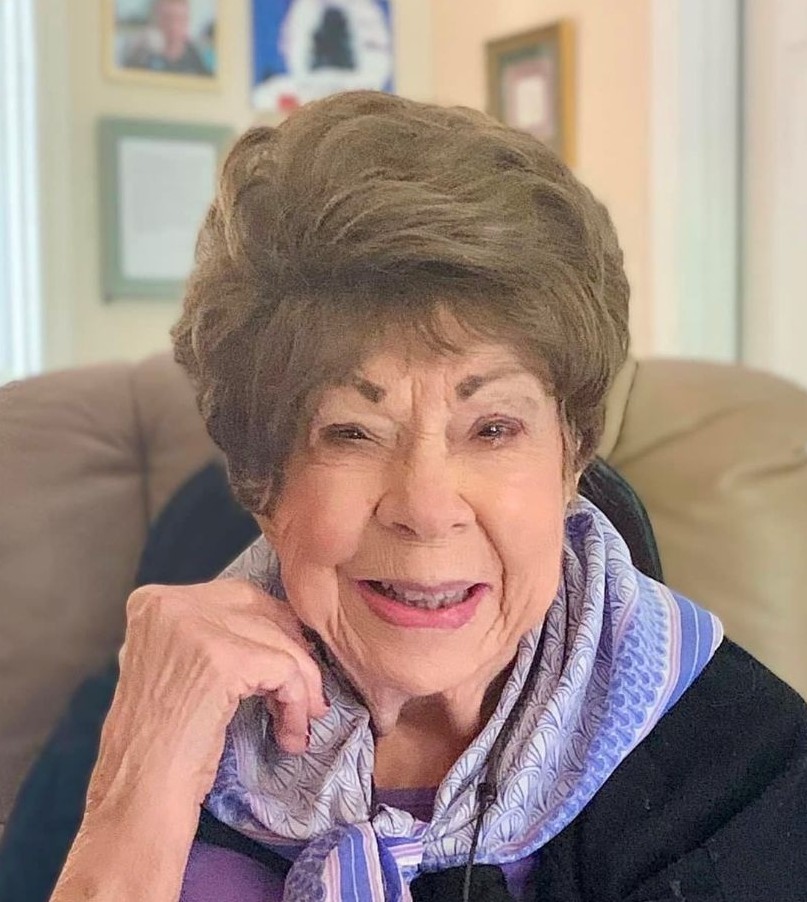 Loraine was born in Athens GA. to Clifton and Emma Cole. She spent her childhood days in Scotland and McCrae, GA. In 1946, she married Cecil W. Land and raised 4 wonderful children who were the light of her life: Cheryl Butler (Ed), Keith Land (Candy), Debbie Dannheisser (Dan) and Trish (Michelle Malone).

Throughout her years, Loraine believed that working hard would help create a life you could be proud of. She witnessed the great depression, helped with the WWII war effort, pressed vinyl records for Columbia Records, worked at Albany Answering Service (picture Lily Tomlin as Ernestine the telephone operator), worked for Dougherty County Sheriff, Lamar Stewart, in Albany in the records department and eventually became the first Female Deputy Sheriff in South Georgia; Being honored as Officer of The Year. During her time in Albany, Loraine was an active member of First Baptist Church. One of her claims to fame was when she took on a second job as an undercover shopper at Gayfers department store in Albany. Her task was to catch shoplifters, and that she did! The pistol packin’ mama was no stranger to anyone, but somehow she was stealthy enough to capture the wrong doers.

After retirement she shared her time with her eldest daughter Cheryl in Norcross, GA and middle daughter Debbie in Sarasota, FL, eventually deciding the Florida air was better for her. She lived each day with love and joy all around her. She had many friend and family visits, and became famous to so many people as “GaGa”, not to mention “Momino", the “Domino Queen”! Loraine was blessed with many grandchildren, Kimberly and Ashley (Cheryl and Ed) Jenny and Heather (Keith and Candy), Josh, Nicole and Sam (Debbie and Dan) great grands, Anna, Cannon, Abbey, Zac, Bird, Jerald and Anais, great-great grands, Sloan and Kaylin. She was so proud her kids and grandkids married well. Ed, Dan, Candy, Pat, Michelle, Sam, Mark, Wendy and Alicia became an important extension of her family.

Loraine lived each day in the comfort of a beautiful in-law suite Debbie and Dan built for her. She was always ready to play dominos and tell you what to do and how to do it. Because she always knew best! So much laughter ensued. And “put your man up” became the phrase that caused us to laugh til we cried.

Her legacy is her children. She can rest easy knowing that they will carry on her values, her work ethic, and believing “she did the best she could”. Loraine was lovingly cared for by her Steffy, who tirelessly attended to her every need…making her laugh and bringing her joy til the end. Tidewell Hospice was there for her to ease the transition. Her family is forever grateful to all.  For hospice nurses and doctors have a momentous job of providing care with dignity during such difficult times.

We will celebrate her always. But a celebration at the Atlanta Braves stadium with her “Bravos” will happen this summer.

Those desiring may make memorial donations in memory of Emma Loraine Land to the Tidewell Foundation at www.TidewellFoundation.org or 3550 South Tamiami Trail, Sarasota, FL 34239.