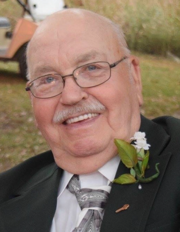 Mr. Swift was born in Shouns, Tennessee to James Dewey and Auriola Nicola Swift. He served in the United States Army. He was employed with Firestone Tire and Rubber Company in New Castle, IN and then in Albany, Georgia for thirty years. He was a member of Faith Baptist Church and the Men’s Sunday School Class. He loved to fish and spend time with his family.He was preceded in death by his wife of 63 years, Peggy Swift.

To order memorial trees or send flowers to the family in memory of Edgar J. Swift, please visit our flower store.
Send a Sympathy Card