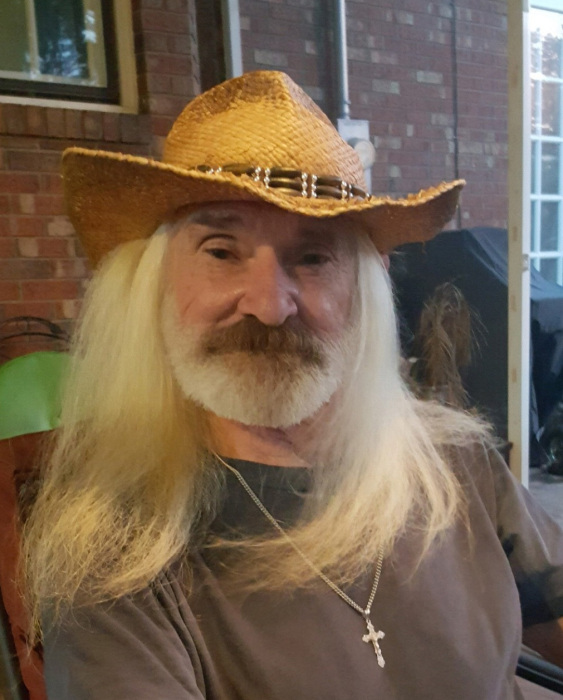 Douglas Lee “Doug” McGhee, Jr., 73, of Albany, GA died Sunday, October 18, 2020 at Phoebe Putney Memorial Hospital. A private funeral service will be conducted Friday, October 23, 2020 at 11:00 a.m. at Mathews Funeral Home. A public Committal service will follow at 11:45 a.m. at Crown Hill Cemetery. Rev. Dan Craft will officiate. Casual attire is acceptable. Social distancing and masks will be respected. Doug resided in Albany, GA since 1999 moving from Milwaukee, OR. He was a graduate of James Monroe High School in Los Angeles, CA, and after graduation he joined the Air Force and was a veteran of the Vietnam War. He was preceded in death by his father, Douglas Lee McGhee, Sr., his mother, Beverly Charmaine Dozier McGhee and the mother of his children, Cindy Ann McGhee. Doug was born in Corpus Christi, TX, and raised in the Shadow Hills neighborhood of Los Angeles, CA. He liked to say he was “born in the Body of Christ and raised in the City of Angels and Jesus has been with me every day of my life.” His father served in World War II, and died at the age of 31 when Doug was 8 years old. Doug became a tile setter early and spent a long career setting tile in several states including California, Oregon, Texas, North Carolina and Georgia. He was self-employed and retired after more than 40 years. He wrote and sang songs and played a 12-string guitar. He loved his Lord, his family, his dogs and his music. A hardworking, simple man, Doug was compassionate toward everyone. He never met a stranger and was recognized and known by many for his caring and gentle heart. His life was full of many wonderful adventures and he loved to pass on the stories of those adventures to anyone who would pull up a chair. (But only after he offered you a drink of some sort first.) Doug loved his family and worked hard for them. He would say “I spent years on these knees laying tile, and I talked to God the whole time.” Doug was always “Just Doug” as he would say. No matter where he went, he was himself. A true joy to be around, a great unforgettable conversation, a sense of humor that would have you laughing until the late hours. His life will always be an example for his family and loved ones. And his kindness and generosity will be remembered by all who had the pleasure of knowing him. Survivors include his wife, Valerie Jeanne Wade McGhee, Albany, GA, a son, Jesse McGhee, Eugene, OR, daughters, Kelly McGhee, San Diego, CA, Melissa McGhee, Burbank, CA, Jaime McGhee, Burbank, CA, Sarah Craft, (Dan), Shellman, GA, Rejessa Stevens, Albany, GA, Ashley Johnson (Blane), Albany, GA, sisters, Linda Weller, Chelsea, MI, Kathy Gerbing, Santa Clarita, CA, Laurie Frank, Santa Clarita, CA and Wendy Rohland, Valencia, CA, grandchildren, Washia McGhee, Joseph McGhee, Shyla Craft, Ayddan Craft, Jayden Stevens, Daniel Craft and Kate Johnson. Those desiring may make memorial donations to Albany Humane Society, 1705 W. Oakridge Drive, Albany, GA 31707.
To order memorial trees or send flowers to the family in memory of Douglas McGhee, Jr., please visit our flower store.