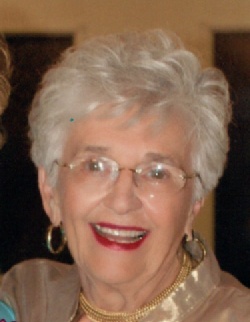 Dolores Freeman Presley, 85, of Albany, GA, died October 23, 2021 at Phoenix of Albany. A memorial service will be held Saturday, November 20, 2021 at 11:00 a.m. at Porterfield United Memorial Church. Rev. Josh Duckworth, Joe Mercer, Pastor William Collins will officiate. The family will receive friends one hour before the service in the parlor of Porterfield.

Dolores was born on December 14, 1935 in New York, NY to Walter and Nuniziata Freeman. She married William Reginald Presley in 1954, after meeting at Gordon Military College. She lived in Atlanta, GA, where Dolores worked at Georgia Baptist Hospital. They moved to Germany for many years with the military, before returning to Atlanta, GA and then on to Albany, GA. in 1966.

Dolores was then employed in the banking field and retired from Sun Trust Bank after fifteen years as the Executive secretary to the President. She was an active member of Porterfield Memorial United Methodist Church, the Alpha Sunday School Class and her community. Dolores was past president and Debutante Chairman of the Charity League of Albany, the United Methodist Women at Porterfield and the Suburban Women’s Club and past President of the Newcomers Club. She was also active in the Youth Booster Club at Porterfield Memorial United Methodist Church, the Resident Heart Drive for Dougherty County and past Chairman of the UMW Youth Fundraising. She loved her Sunday School Class and her numerous Bridge Groups.

She loved playing tennis and water skiing, but most of all just being with her children and grandchildren, that she adored. In addition to her parents, she was preceded in death by her son, William E. “Little Bill” Presley II and her father and mother- law, William Earley Presley and Velma Vernell Brooks Presley.

To order memorial trees or send flowers to the family in memory of Dolores Presley, please visit our flower store.
Send a Sympathy Card