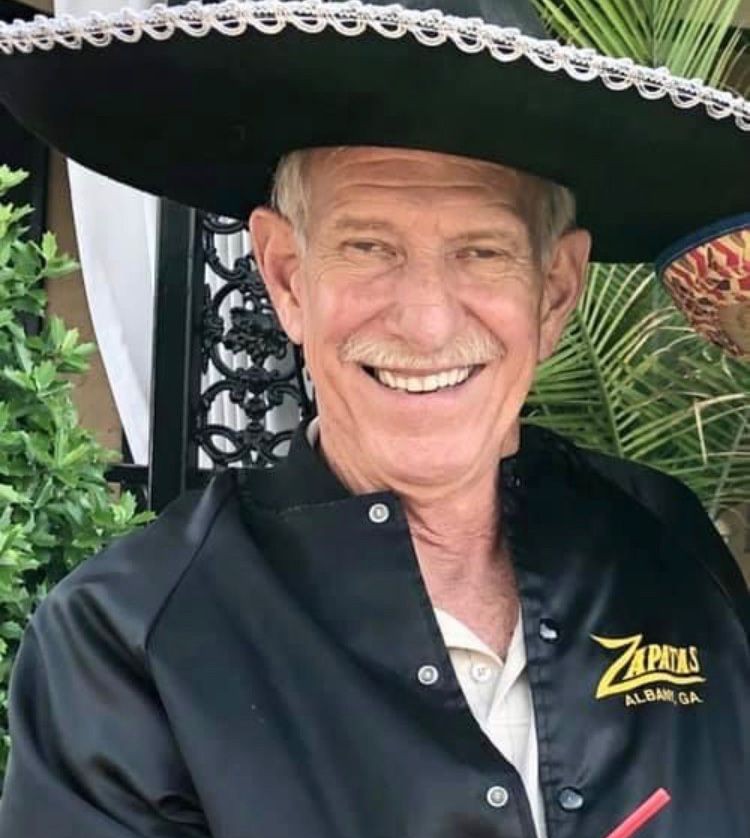 Dave was born July, 15, 1948 in Bartlesville, OK to Fred Samuel and Nancy Louise Victor. He grew up in Dallas, Tx and graduated from W. T. White High School in 1966. Survivors include his wife, Brenda Victor of Albany, GA, his son, John Ryan Victor of Dallas, Tx, a sister, Judy (Charlie) Nichols of Kansas City, MO and a sister-in-law, Julie Victor of Dallas, Tx.

Dave served as an Army infantry man in the Vietnam War. He received many commendations including the Good Conduct Medal, the National Defense Medal, the Vietnam Service Medal, the Air Medal, and was awarded a Bronze Star. After three years of service, he was honorably discharged at the rank of Staff Sergeant.

Dave and Brenda were married in Dallas, TX in 1972, and relocated to Albany with their young son in 1976. Dave founded "The Texas Waterbed Ranch" where he adopted the persona "Big Tex" sporting his iconic handlebar mustache. From his waterbed store he and his wife, Brenda went on to open Zapatas Tex-Mex restaurant in 1984. In addition to Zapatas, Dave and Brenda maintained a number of local investment properties.

Dave enjoyed snow skiing, scuba diving, golf, and even skydiving for a period. However, he most loved being on the water. From boating and skiing on the Flint River, fishing in the Gulf of Mexico, to countless days at Lake Eufaula over the past three decades. He was an animal lover as well, especially fond of his many dogs over the years. In honor of Dave's well-known generosity, those desiring donate in his memory to the Albany Humane Society.

Dave was a larger-than-life figure, a mentor and friend to many. He will be greatly missed. The family will receive friends from 2:00 pm until 3:00 pm Friday at Mathews Funeral Home.