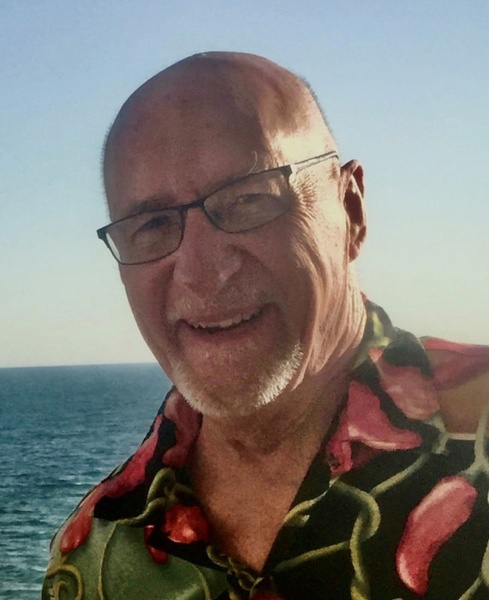 Born on March 18, 1941 in Bunkie, Louisiana and raised in Metairie, he attended St. Catherine of Siena and Jesuit High School. He graduated from the United States Naval Academy in 1964 where he excelled academically.  When not drumming for the Drum & Bugle Corps, he could be found broad jumping for the track team.

Following graduation from the USNA, he served on USS Chivo (SS-341) at Guantanamo Bay. He attended Nuclear Power School and Submarine School and served on USS Andrew (SSBN-619) and the pre-commissioning crew of USS Aspro (SSN- 648).

He resigned from the Navy in 1970 and joined Louisiana Power & Light Company and served as Project Manager for the Waterford III nuclear power plant and later as Plant Manager.  After leaving LP&L he founded Independent Consultant Services, Inc. aiding several nuclear utilities and chemical manufacturers; and Lodie Enterprises, his real estate venture. He served on the Board of Directors of Bridge House and was a founding member of the Livingston Place Civic Association and its infamous block party.

He loved thorough bred horse racing and enjoyed several successful years in the business with his partners racing their beloved horse, Raffie’s Majesty.

Dave was a big man in size and spirit and could fill any room with good cheer. He was loud and loving, humble and helpful, charismatic and thoughtful. He was a true renaissance man; gifted musically, especially the piano, an excellent cook, lover of the arts, craft beer brew master, handyman and world traveler.

The family wishes a heartfelt thank you to Dr. Suma Satti at Ochsner for taking great care of Dave while battling cancer, Passages Hospice and to his loving caregivers over the past two years Cleo Trotter and Monique Dawson.

Friends and relatives are invited to attend a celebration of life for Dave at St. Martin’s Episcopal Church on Friday, October 1.  Visitation starts at 10:00 AM, followed by a service at 10:30 AM.

In lieu of flowers please consider donating to the Jimmy Fund at Dana-Farber Cancer Institute or to Bridge House of New Orleans.

To order memorial trees or send flowers to the family in memory of David "Dave" Brent Lester, please visit our flower store.