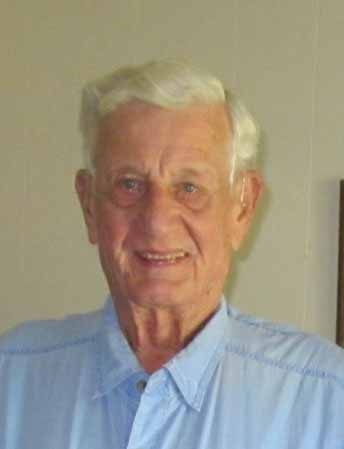 Funeral services will be conducted Wednesday, August 10, 2022 at 3:00 p.m. at Mathews Funeral Home. Rev. Jean Watson will officiate. A private interment will follow.

A native and lifelong resident of Bullneck in Calhoun, Co., GA, Mr. Adams was born October 14, 1930 to the late Tommie Louis and Lura McDonald Adams. Mr. Adams was an Army veteran serving in the Korean War and stationed in Germany. He farmed with his two brothers, Louis and Verna Ray Adams and was a lifelong member of Cordray United Methodist Church.

He was preceded by his in death by his wife of sixty-three years and forty-two days, Betty Jo Ellis Adams, a daughter, Kay Adams Boyd, a sister, Willie Ella Hemmings, brothers, Louis Adams and Verna Ray Adams, and a son-in-law, Jamil Saba.

The family will receive friends on Wednesday afternoon, from 2:00 p.m. until 3:00 p.m. at Mathews Funeral Home.

To order memorial trees or send flowers to the family in memory of Curtis B. Adams, please visit our flower store.
Send a Sympathy Card