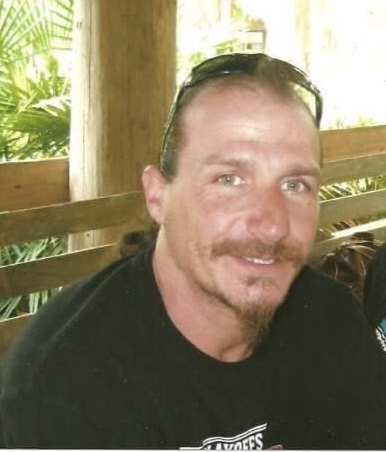 Ladies man, pool shark, and outlaw Brian told his last inappropriate joke and sang the night away on Tuesday, March 17 surrounded by his family.

The way he passed is just like he lived: he wrote his own rules, he fought authority and he paved his own way. And if you said he couldn’t do it, he would make sure he could. This was the thing we loved and at times disliked about him.

As much as people knew hanging out with him in his younger days would end in a night in jail or a killer hangover, he was the type of man that people would drive 16 hours at the drop of a dime to come see.

He lived 1000 years in the 51 calendar years we had with him because he attacked life; he grabbed it by the lapels, kissed it, and swung it back onto the dance floor.

He loved the simplicity of a quiet day fishing as well as the hustle of the pool room. He loved the wind blowing threw his hair and the freedom of riding his Harley all over the country.

Fla-Vor-Ice Popsicles and Life Savers will surely be devastated by the loss of Brian. We are certain he helped raise their profits tremendously over the years.

Per his wishes, Mr. Dollar was cremated. Due to the COVID-19 virus we will not have a service. Leave it to Brian to pass during a “Corona” epidemic.

To order memorial trees or send flowers to the family in memory of Brian C. Dollar, please visit our flower store.
Send a Sympathy Card