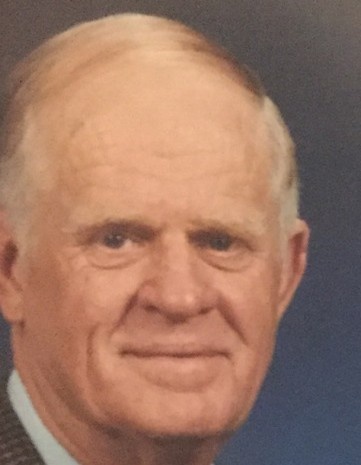 Bobby Gene Brinson, 85, of Putney, GA, passed away January 26, 2020 at Columbus Specialty Hospital.  A memorial service will be conducted on Saturday February 1, 2020 at 10:00 am at Mathews Funeral Home.  Pastor Danny Evans will officiate.

Mr. Brinson was born in Bainbridge, GA, on June 5, 1934 to the late Jason and Mary Brinson.  After high school he served four years in the United States Air Force.  Mr. Brinson was a court reporter for Dougherty County Superior Court.  He has been a member of First Baptist Church of Putney where he sang in the choir for over fifty years and served as a Deacon. He had enormous love for gospel music, his family, and following his children and grandchildren in all their sporting activities.In addition to his parents Bobby was preceded in death by six of his siblings Vertna Mclendon, Eldridge Brinson, Mary Maples, Guster Brinson, Abron Brinson, and Sara Ragan.

The family will receive friends immediately following the service on Saturday.

In lieu of flowers those desiring may make memorials to First Baptist Church of Putney, 1125 Antioch Road, Albany, GA 31705.

To order memorial trees or send flowers to the family in memory of Bobby Gene Brinson, please visit our flower store.
Send a Sympathy Card