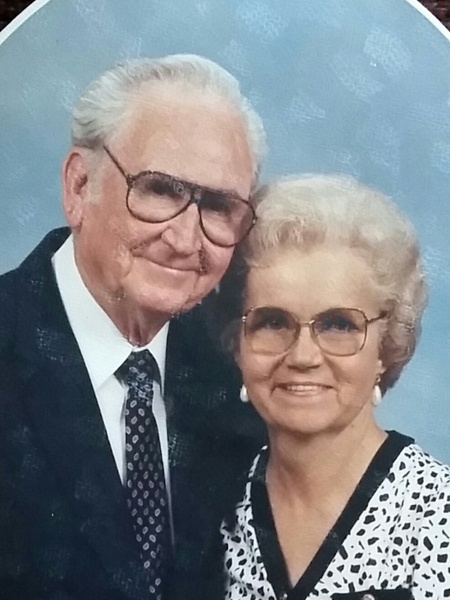 Ann B. Ray passed away peacefully on April 5th to go live in her heavenly home, after a long battle with dementia.

Born October 18, 1928 to Blanche E. Pelham and J. Pelham, Graceville, Florida, she was one of eight children.

Mrs. Ray married her perfect match, Clinton N. Ray, in 1977, who was a local barber until his death in 1998.  They were faithful members of Sherwood Baptist Church, and were previously members of Faith Baptist Church and Westview Baptist. Through the years Mrs. Ray taught Sunday School, was involved in WMU, bible studies, and volunteered to help in different programs.

Mrs. Ray loved “every one” of her family members. She was outgoing and never met a stranger, literally, and had a great sense of humor

Before her illness, she enjoyed reading her Bible, listening to gospel music, and watching the Gaither’s on TV, loved to cook for her family, especially, on holidays. Enjoyed working in her yard. She had many friends and enjoyed going on trips with her Sherwood Baptist Church friends in the early 2000’s. She often visited people that were homebound and/or in the hospital.

Mrs. Ray was a successful Life insurance agent for AIG Insurance Company, which was formerly, Life and Casualty Insurance. She began her insurance career in the early 1960’s by going door to door selling insurance policies. She earned many awards, and trips abroad. The Holy Land was her trip of a lifetime.

To order memorial trees or send flowers to the family in memory of Ann B. Ray, please visit our flower store.