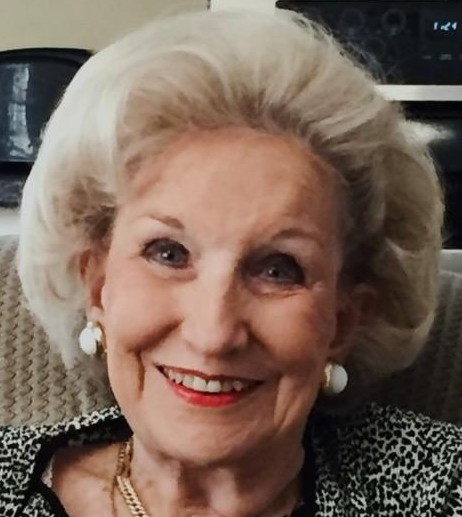 Alice Nall Bell passed away peacefully on Saturday, February 12, 2022. Alice was born on February 4, 1927 to George Walker Nall and Martha McIntosh Nall in Albany, Georgia where she spent most of her life.

Alice was the great granddaughter of Henry T. McIntosh who was the editor and publisher of The Albany Herald. Her mother, Martha Nall served as the society editor of the paper. Intending to go into the family business, Alice earned a degree in journalism from the University of Georgia. After college, however, she married William C. “Duck” Bell, Jr. and became a fulltime wife and mother.

Alice led a very full life.  In addition to taking care of her family, she was an active member of St. Paul’s Episcopal Church, where she frequently served on the Altar Guild. She belonged to the Mondays for decades, a group of close friends who met weekly to share stories over a cocktail or two. She and her husband also enjoyed entertaining at their home in Albany and spending time with family and friends at their beach house in Destin, Florida. Alice loved animals and many a stray found a home in the Bell household over the years.

Her family is grateful for the loving care most recently provided by Linda Walker, Lucille Smith and many others.

A private service will be held at a date to be announced. In lieu of flowers, please consider making a gift to the Albany Humane Society, St. Paul’s Episcopal Church or the charity of your choice.

To order memorial trees or send flowers to the family in memory of Alice Nall Bell, please visit our flower store.
Send a Sympathy Card