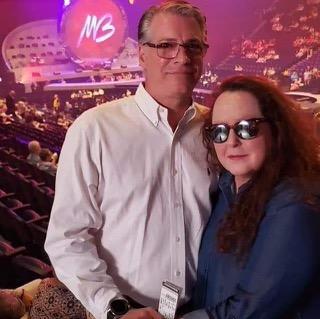 Veronica was born on September 25, 1962 in Wichita Falls, TX to George and Scarlet Stetter. She graduated from Dougherty High School and attended Darton College. Veronica started her career in the service industry and was employed during the 80s and 90s at various restaurants. She married John Luttrell in 2002 in Eufaula, AL, and together their entrepreneurship lead them to own and operate Veronica Luttrell’s Tea House, Southern Magnolia Catering, The Crowbar, One Trick Pony, and Liquid Bar. They lived in Nashville, TN from 2014 until 2021 and had recently moved to Hampton, GA. In addition to her parents, she was preceded in death by her sister, Susan Stetter.

The family will receive friends Sunday from 1:00 p.m. until 2:00 p.m. at Mathews Funeral Home.

To order memorial trees or send flowers to the family in memory of Veronica Luttrell, please visit our flower store.
Send a Sympathy Card