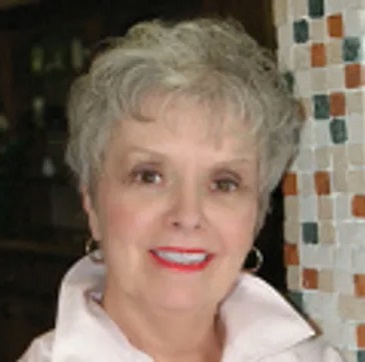 Patricia Ann “Pat” Tricquet, 77, of Albany, GA, died November 20, 2020 at her residence. Graveside funeral services will be held Wednesday November 25, 2020 at 11:00 AM at Crown Hill Cemetery. Dr. William “Butch” Knight and Dr. R. Joseph Tricquet will officiate. Social distancing will be required and masks will be provided. Pat was born on June 21, 1943 in Bainbridge, GA to Fitcher and Madie Helms. She grew up in Tallahassee, FL and graduated from Leon County High School. Pat married Ron Tricquet in 1960 and they moved their family to Albany, GA in1976. She was a real estate agent and had been a part of Remax of Albany for the past thirty years. Pat was a member of the Albany Board of Realtors, the Georgia Association of Realtors, and the Million Dollar Club. She was an active member of the First Baptist Church of Albany and the Adult 5 “Young at Heart” Sunday School Class. Pat was preceded in death by her husband, Ron Tricquet. Survivors include her children, Dr., R. Joseph (Cathy) Tricquet of Fairfax, VA and Ashley Tricquet of Grayson, GA, her grandchildren, Austin (Courtney) Tricquet of Greenville, SC, Tyler Tricquet of Auburn, AL, and Jordan Tricquet of Clemson, SC, a sister, Betty Applewhite of Tallahassee, FL, and fiancé, Bill Jackson of Albany, GA and numerous nieces and nephews. The family will receive friends following the graveside service at Crown Hill Cemetery. In lieu of flowers, those desiring may make memorials in memory of Pat to: Phoebe Putney Cancer Crises Fund, 417 W. Third Ave., Albany, GA, 31701.
To order memorial trees or send flowers to the family in memory of Patricia Ann "Pat" Tricquet, please visit our flower store.
Send a Sympathy Card