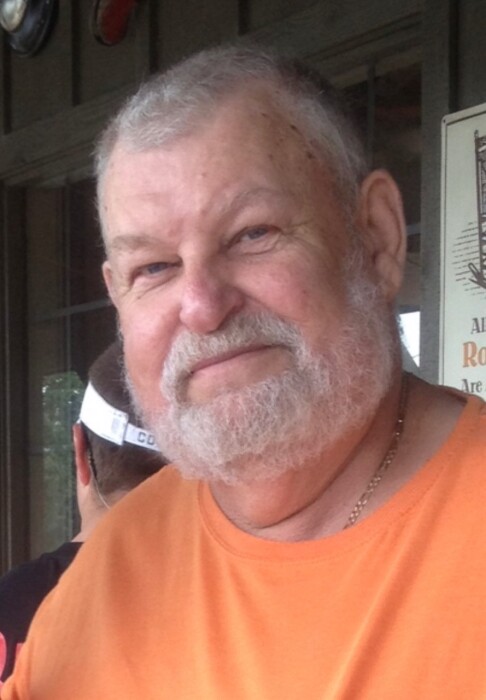 George Rex Stone, 73, of Albany, GA, died Monday, September 28, 2020 surrounded by his daughters and grandchildren. A visitation will be held Thursday from 6:00 PM until 7:30 PM at Mathews Funeral Home. Rex was born on December 8, 1946 in Troy, AL to Ralph and Jenie Stone. He moved to Albany, GA with his family in 1953, grew up and graduated from Dougherty High School in 1966. Rex was a jet engine mechanic and joined The United States Air Force serving during Vietnam, reaching the rank of Sergeant. He was employed with Hughes Supply for ten years in counter sales. He was employed with Turner Job Corps for twenty-six years and retired in 2011. He was a member of the Baptist faith. Rex enjoyed all things outdoors and you could usually find him hunting, fishing, shooting clays, training bird dogs and making handmade knives. He had a green thumb, growing every fruit and vegetable imaginable. He enjoyed pickling vegetables and gifting them to anyone he met. He was a gentle giant with a heart of gold. His family and friends meant everything to him. In addition to his parents, Rex was preceded in death by a brother, Ray Stone, and a nephew, Chris Stone. Survivors include his daughters, Maryann Reddick and Brandy Stone Parker both of Albany, GA, his siblings, Margaret Bruner and Joyce Ward both of Albany, GA and Rick Stone of Leesburg, GA, his grandchildren, Brittany Lawton and Cody Smith both of Leesburg, GA and Brooke Parker and Carter Reddick both of Albany, GA, his great-grandchildren, Luke Lawton, Cross Lawton and Memphis Smith, special friend, Carl Easom, many nieces, nephews, extended family and faithful friends, Little Dog and Trixie.
To order memorial trees or send flowers to the family in memory of George Rex Stone, please visit our flower store.
Send a Sympathy Card